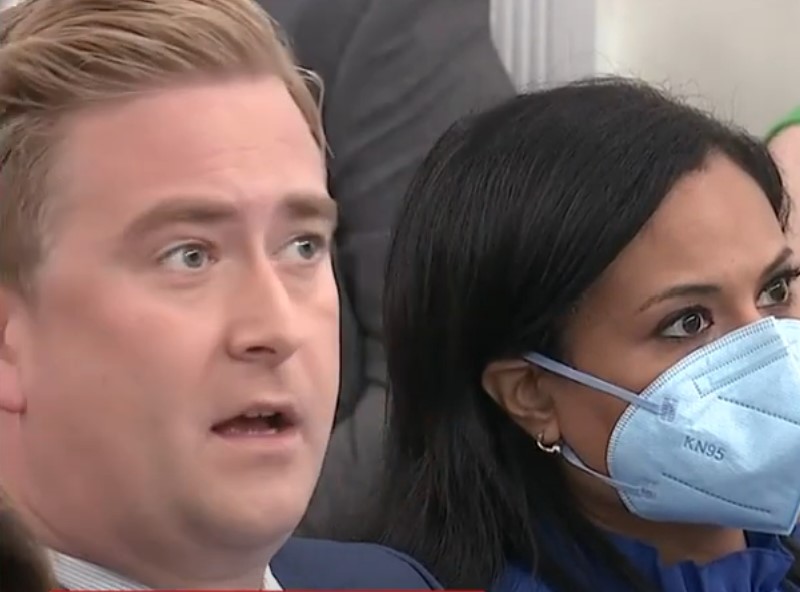 Peter Doocy looked surprised when he was called out for insulting President Biden during the White House press briefing.

Doocy asked, “I know you said there is not a call scheduled with XI. Is there a reason why? President Biden has known him for decades. He’s got a lot of free time up there in the residence this week.”

Kirby answered, “He doesn’t have free time. He’s been working all the way through his illness, quite frankly, Peter. So it’s a little bit insulting. And as for a call — it is.”

Doocy tried to say, “Someone is isolating by themselves.”

Kirby called him out, “You suggest he has a lot of free time as if he’s not doing anything, and you know that’s not the case. Now as for a call to President XI, I don’t have anything on the president scheduled to speak to. If ever the president felt like a call with President XI was an appropriate way to respond, or that it would have an effect and an outcome that he wants to achieve, he certainly would be willing to do that.”

The look on Doocy’s face was one of surprise that John Kirby would call out his insult that he apparently found to be so clever.

It is not Biden that has tons of free time as president that would be Trump, and Kirby was on to Doocy’s line of question, which implied that Biden is soft of China because Fox News and the right have cooked up a China/Biden conspiracy theory that they have been trying to get to go mainstream for nearly three years.

Peter Doocy tried to insult Biden, and he got called out for his disrespect.