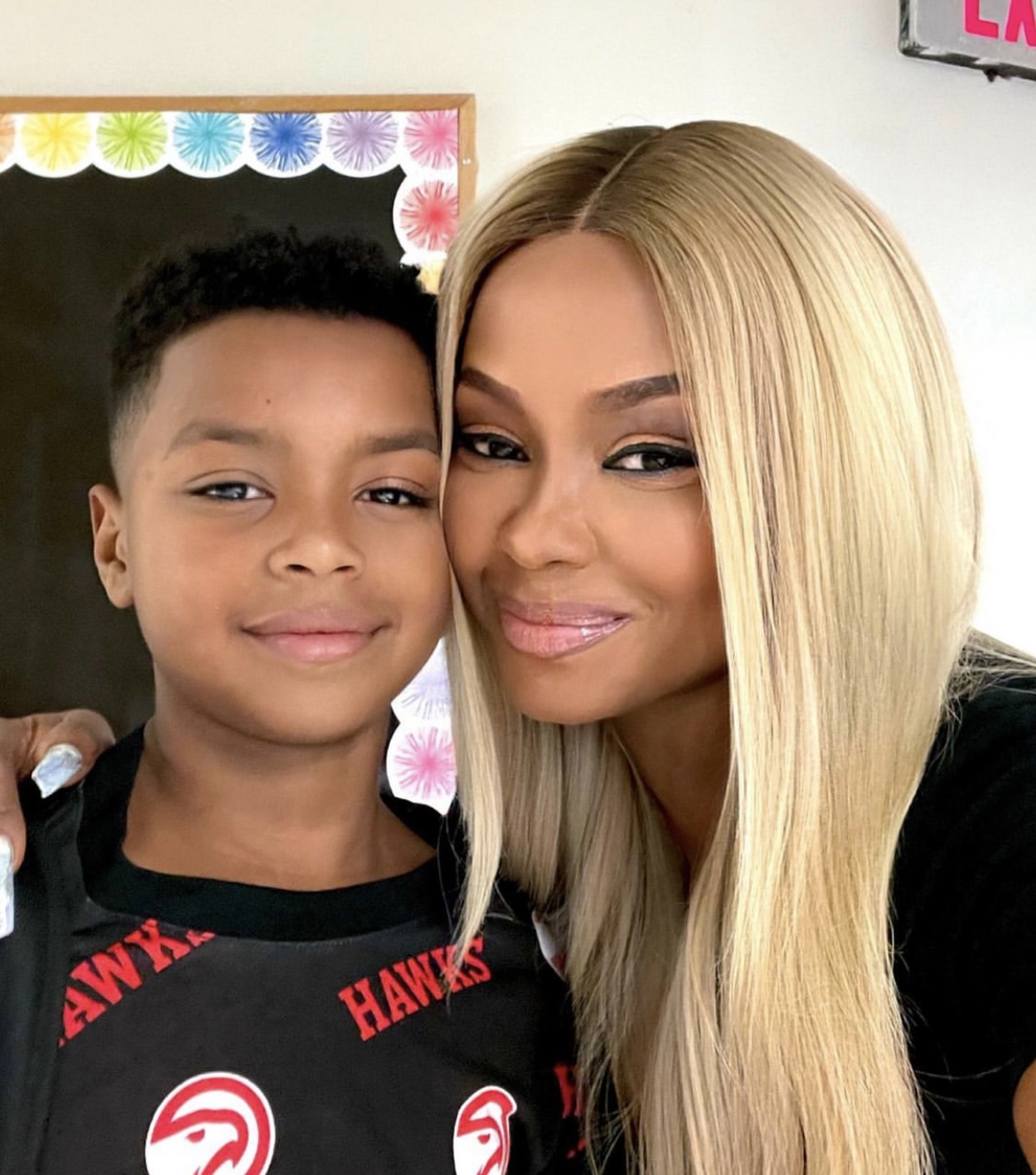 Phaedra Parks and Apollo Nida reunited for a photo as they celebrated their son’s first day of fourth grade.

Phaedra’s former “The Real Housewives of Atlanta” co-stars entered the comments section, with expressions of being shocked at how big Dylan has become.

While fans sent Dylan their well-wishes as he enters fourth grade, many fans couldn’t help but point out Dylan’s facial expression in the last photo.

Posing with a straight face, Dylan stood next to his mother who was in between him and Apollo, with both adults smiling from ear to ear.

“His excitement is palpable [laughing emoji]”

“Mr. President is over his parents [laughing emojis] This is sooo beautiful”

Dylan’s blank look took up most of the comments, however, fans made sure to credit Apollo and Phaedra for appearing to have a healthy co-parent relationship after their intense, very public separation.

The two married in 2009, however due to extreme arguments and cheating allegations Phaedra and Apollo decided to call it quits in 2014. Not only were they going through a separation, but Apollo was sentenced to jail after being accused of “laundering more than $2 million through fraudulent bank accounts” in 2014 as well. During his time in prison, Apollo eventually filed for divorce from the Southern Belle in 2016, which was finalized that following year.

Though they are no longer together, Phaedra made it clear in her recent appearance in “What What Happens Live with Andy Cohen” they still get along “very well.”