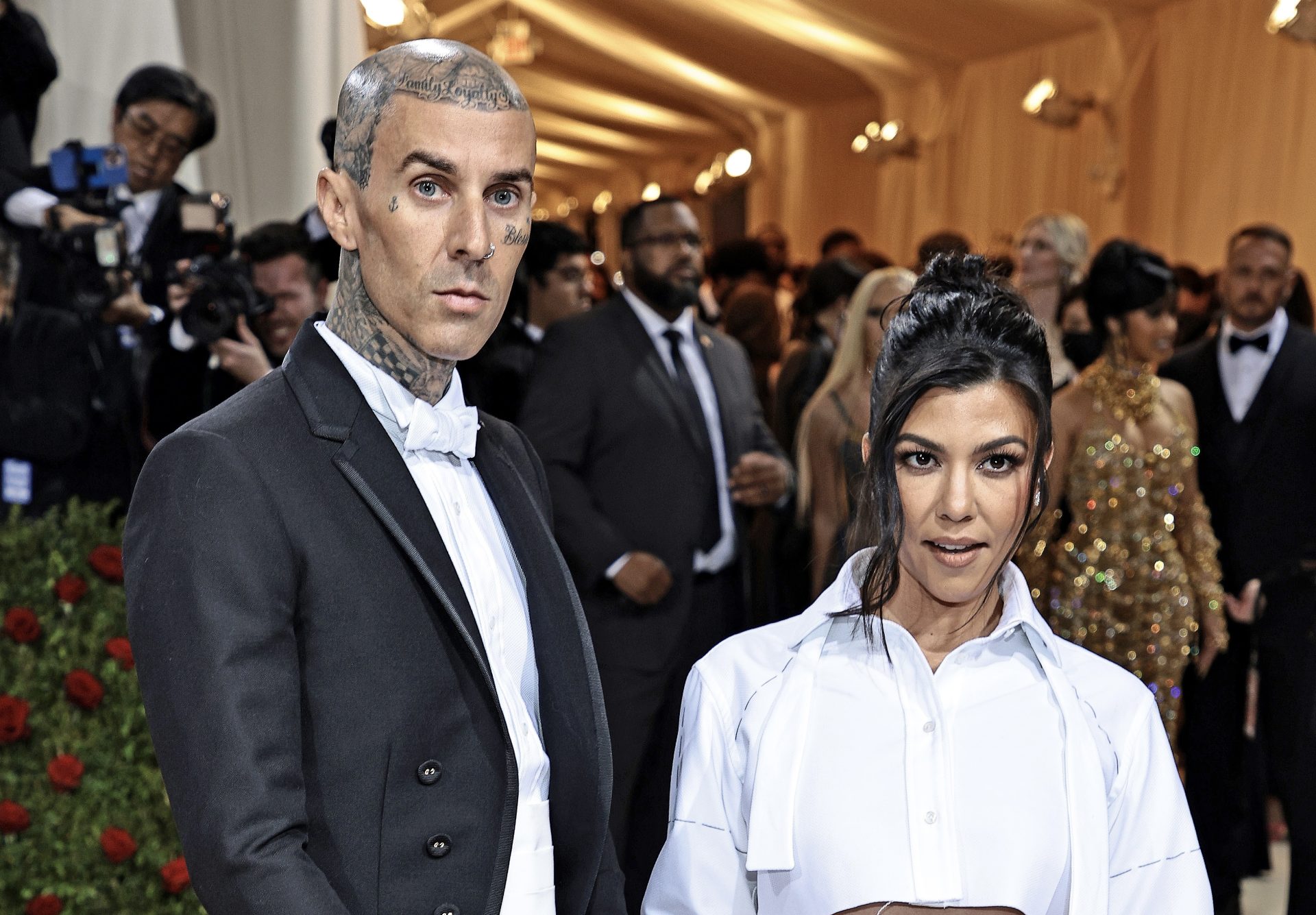 It’s Mr. and Mrs. Barker to y’all! Kourtney Kardashian and Travis Barker traveled across the world to tie the knot in an intimate yet extravagant wedding ceremony in Italy.

Surrounded by their closest family and friends, Kourtney and Travis said “I Do” at L’Olivetta, a villa owned by Dolce & Gabbana. The Barkers joined their guests at a castle called Castillo Brown for their reception.The Shade Room obtained photos of the Portofino, Italy ceremony during which Kourtney was sporting a custom Dolce & Gabbana mini dress, paired with a cathedral veil with the Virgin Mary embroidered on it. The groom was suited in a classic D&G tuxedo.

‘The Kardashians’ star and the Blink-182 dummer got legally married in Santa Barbara, California on May 15th, just days before they whisked their loved ones abroad. Kourtney’s grandmother, MJ, and Travis’ father, Randy Barker, were present at their official ceremony.

The anticipation to the Barker wedding has been growing since the couple revealed they were engaged. Kourtney and Travis even had a fake wedding in Vegas after the Grammy Awards, which had the innanet talking! They were spotted at a wedding chapel in Sin City and later confirmed they were only practicing for the real thing.

After being friends for more than 10 years, Travis and Kourtney got engaged in October 2021. Congrats the the couple!