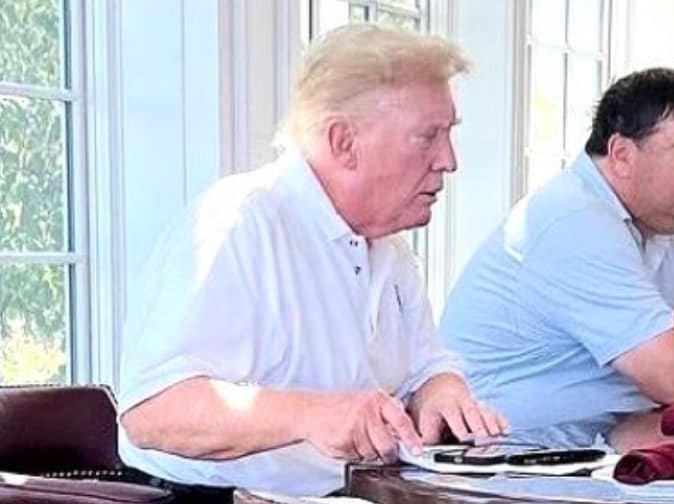 A new photo shows that Trump’s many legal issues seem to be taking a toll on him.

Donald Trump looks vastly different without all of the makeup and cosmetics that he uses in his public appearances. No one should make fun of anyone’s appearance, but the stress of Trump’s post-presidency life appears to be having an impact on him.

The Trump that will appear in Pennsylvania on Saturday will look vastly different from the person who is the picture at his club.  It is an interesting contradiction that Trump is obsessed with his appearance and image yet makes his home at a golf club where members and guests are coming and going while snapping photos all day.

There have long been concerns about Trump’s health, which is why he has consistently refused to release his medical records. Republicans, including Trump, make consistently false claims about President Biden’s health, but photos like the one above should inspire questions about Trump, but what is being presented to the public does not appear to match the reality in private.