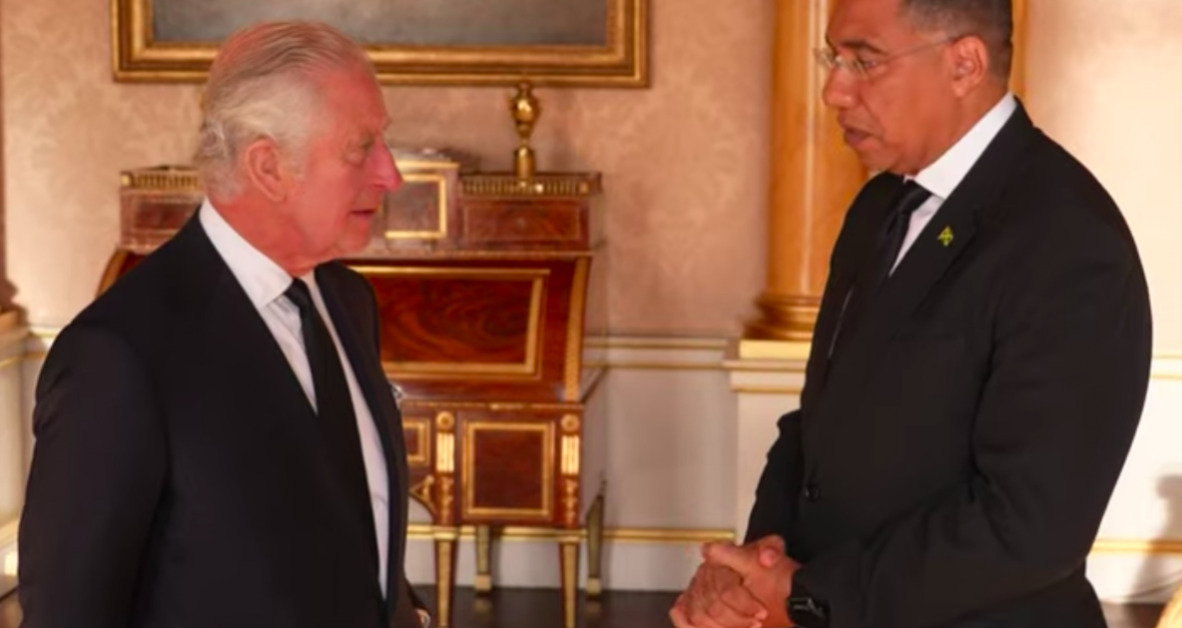 During the meeting, Holness relayed to the King that Queen Elizabeth II, his mother, was a glorious woman beloved and respected by the people of Jamaica.

Listen to their exchange below:

The extended version of the conversation between King Charles and Prime Minister Andrew Holness was not shared by the Royal Family’s YouTube. Holness, along with Sir Patrick Allen, the Governor General, are currently in the United Kingdom prior to the funeral for the Queen, which will be held on Monday, September 19, 2022.

The meeting with the world leaders by King Charles occurs in the middle of the resumption of republicanism.

Prime Minister Holness told King Charles his mother was a wonderful person for whom Jamaicans have a deep love and respect.https://t.co/UEsh475w9W pic.twitter.com/8zcl5QHcGb

RELATED: Royal Guard Collapses at The Foot Of The Queen’s Coffin – Watch Video

RELATED: Many Jamaicans Want An Apology And Reparation From The British Monarchy As New King Takes Over – Watch Video