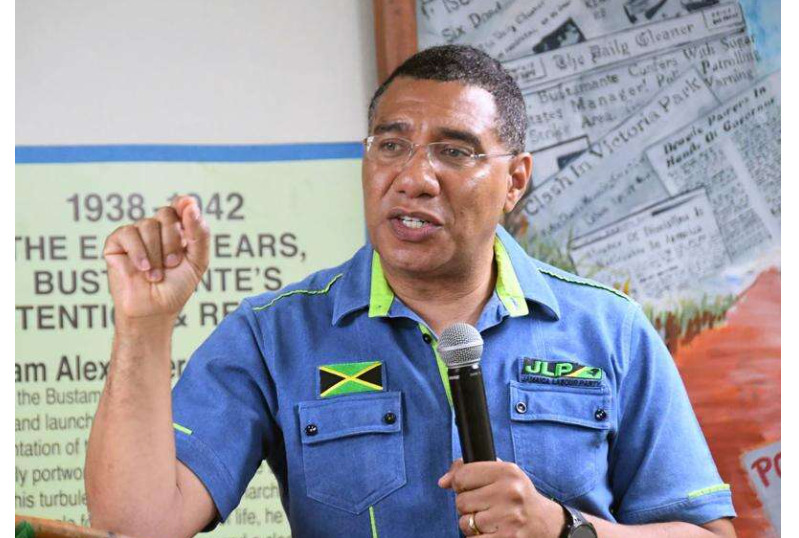 Speaking at Jamaica Labour Party (JLP) headquarters in St. Andrew (on Belmont Road), Prime Minister (PM) Andrew Holness, in an address to the Young Jamaica ( a youth affiliate of the JLP) Area Council One conference stated that a ban will be placed on all illegal firearms. No Jamaican citizen is allowed to be in possession of a gun and if caught with one they are not licensed to carry, “you will face very harsh punishment.”

The conference took place on Saturday and the PM established that anyone (criminals and civilians alike) who assist with the trafficking and shipment of illegal firearms will be arrested by the State and prosecuted as no individual should be dealing in, trafficking, or using illegal guns.

Holness declared that the Jamaican Government has been working in tandem with United States authorities to halt the importation of guns. He remarked, addressing people who are transporting guns via barrels, “I am working on that element.” The PM stated that it is a priority to take down anyone disassembling guns, hiding them away in rice bags and soap. “We are going to get you,” he said.

Reiterating “we are serious about treating this gun issue,” the leader of the JLP made it clear that if you are dealing in illegal firearms and you think that the authorities are not aware, they are, and are just “gathering the evidence” so that they will have a case to take to court.

Holness announced that new legislation will be put in place that is geared toward “robustly” attacking “the gun culture” and when it is passed all those in possession of an illegal gun should “find a way to turn over the gun to the police.” Illegal firearms are a “threat to Jamaica’s development”, thus the Government intends to make firearm dealing “unprofitable.”

He wants to create a platform that will deter and be a disincentive to the younger generation who like to play games like ‘gun war’ and would be motivated to get a gun if they notice that his brother has one as well. Holness claims that there needs to be a change in the system and so “strong…