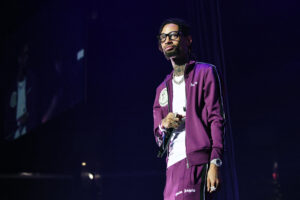 An unidentified assailant killed rapper PnB Rock last week in California, and the family had an issue obtaining his body.

Due to religious reasons, the family wanted the body for an immediate burial, but the medical examiner allegedly held onto the body because the incident was part of a murder investigation.

The rapper’s family has a Muslim background, and according to the protocol of Janazah, a Muslim funeral prayer, there are rules that require burial start within 72 hours of an individual’s passing.

The rapper’s brother, PnB Meen went to Instagram to let people know about the situation.

“We been having trouble getting my brother back to Philadelphia,” he wrote.

“The state of Los Angeles claiming they have some type of law, going against our as Muslims. Now I have no clue when his Janazah [will be]. It’s not right, yo. It’s goin on a week. Prayers up. I got you bro an ya daughters.”

Complex recently reported that the body is finally headed home.

According to CBS Los Angeles, PnB Rock was killed while dining with his girlfriend. Police officers were called to the restaurant after receiving a phone call about a possible robbery at the well-known restaurant on West Manchester Avenue at around 1:20 p.m.

PnB was allegedly involved in a verbal altercation with the killer when he entered the eatery; the hip-hop artist was reportedly already sitting with his girlfriend. The suspect, who has not been captured or identified, allegedly shot the rapper, grabbed some personal items, and left the scene in a getaway car.