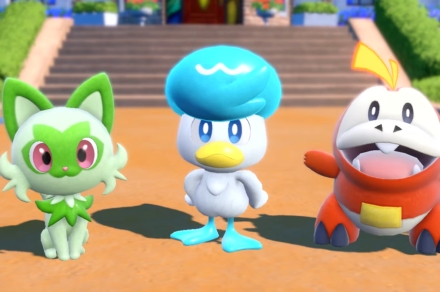 Today’s Pokémon Presents stream revealed more information about the games, including the name of the region and the gameplay gimmicks involved.

Paldea is the name of the region in Pokémon Scarlet and Violet, which is inspired by the landscapes of Spain and Portugal. The trailer also revealed that each game’s exclusive Legendary Pokemon will be your partner throughout the journey as players can ride them as they explore the open-world region.

As the player character is a student, they enroll in an academy that differs depending on the game. In Pokémon Scarlet, you will be attending Naranja Academy, while you’ll be attending Uva Academy if you choose to play Pokémon Violet. The school system is reminiscent of trials in Pokémon Sun and Moon, only it’s more involved because you’ll be participating in an independent study of finding treasure throughout Paldea.

Speaking of treasure, your Pokémon will undergo a new transformation during battles called the Terastal Phenomenon. When your Pokémon Terastallizes, they wear a Tera Jewel on their head like a crown and get boosted powers on moves that match their Tera Type. A Pokémon’s Tera Type isn’t necessarily the same as their regular type, and these transformations last until the end of the battle.

When we last heard of Pokemon Scarlet and Violet, The Pokemon Company revealed the Gen 9 starter Pokemon — Sprigatito, Fuecoco, and Quaxley — the professors we’ll be working with –Professor Sada and Professor Turo — and the Legendary Pokemon who will be mascots of each game: Koraidon and Miraidon.

Pokemon Scarlet and Violet will be released on the Nintendo Switch on November 18.