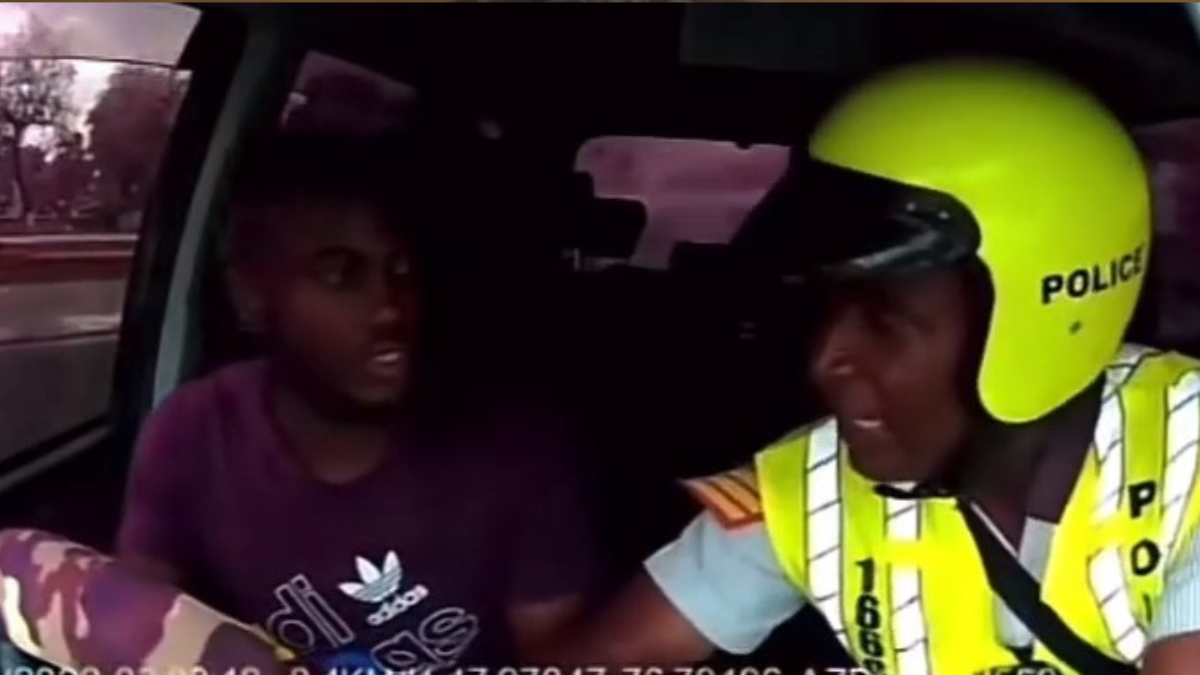 Police And Motorist Get In Verbal Altercation – Watch Video – YARDHYPE

A police officer from the mobile motorbike unit and an unidentified male civilian driver was filmed getting into a verbal altercation before the man’s car is later seized in Downtown, Kingston. The video now circulating on social media appears to be two separately filmed incidents, involving the same officer and driver, edited and merged into one.

The first video was recorded by the officer on his phone and shows the driver, who is also taping the incident, daring the officer to park his motorbike in front of his vehicle. The officer tells the motorist that he will be arrested but the man simply dares the officer yet again. Before driving off the irate civilian declares, ” a di fus an di lass yah tek weh da bumboclaat van yah, yuh hear.”

In the second video, seemingly filmed at a later date on the dash cam of the motorist’s car, the officer enters the man’s car telling him to park it. The officer then grabs the steering wheel as the civilian attempts to drive away, both are then joined by a second officer who appears frustrated with the motorist asking, “Yah mad man? Yah mad man?”

What started the altercation between the two men has not yet been confirmed.

RELATED: Police Man Fined For Inappropriately Dancing With A Woman On Police Car