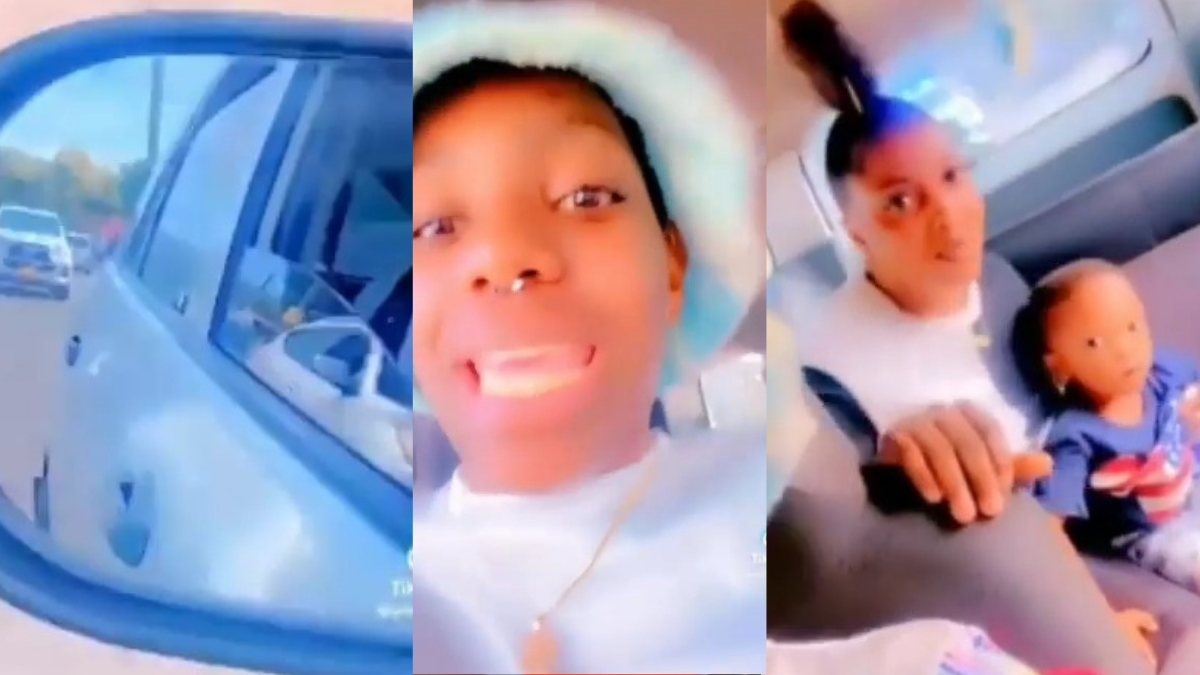 Persons on social media are stunned by a video of a police car chase that was surprisingly being taken lightly by the individuals the police were in pursuit of. The video, which was recorded by a female laughing in the front passenger seat, shows the police car tailing close behind the vehicle that was trying to quickly make an escape.

The eye-catcher in the footage is the child seated on the second female’s lap in the backseat that was being placed in reckless danger at the amusement of the adults in the vehicle, who clearly did not calculate the several mishaps that could have occurred during such a situation.

This triggered disbelief and anger in some persons online, sending backlash to the woman in the front seat for laughing about the situation and backlash to the driver for starting a car chase with a youngster in the moto vehicle.

In the video, the woman recording states, “Bloodclaath we a run from police.”

The woman in the back, who seems a bit uneasy as she smiles, remarked, “Mi nah laugh.”

The front passenger also comments that this is her first time being in this type of situation as she continues to laugh. Meanwhile, the second female asks, “Driver, yuh cyah let mi out,” as the video ends.

RELATED: Taxi Man Charged For The Murder Of Man Killed Over Motorcycle Purchase

RELATED: “Let Mi Off” Footage Of Taxi-Man High-Speed Chase With Police In Jamaica