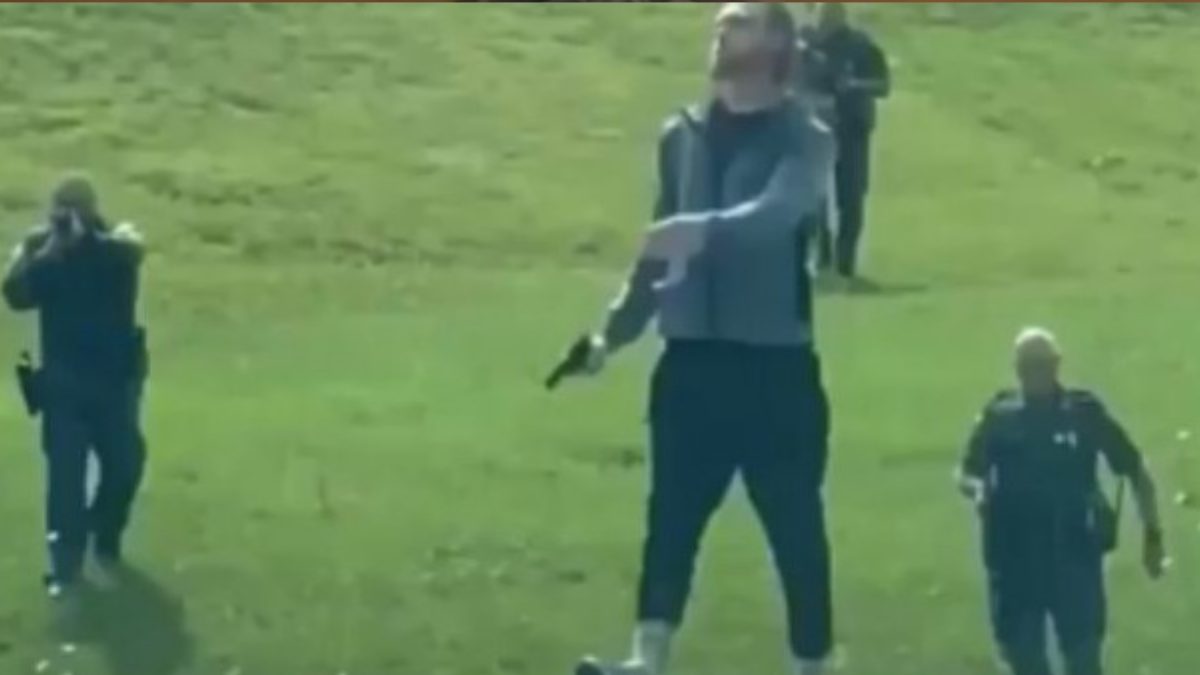 A police chase in West Virginia ended with law enforcement officers shooting an unidentified man. According to reports, after police began to pursue the man in his vehicle, he ran his car off of Bradley School Road and into a ditch. Officers proceeded to pursue him on foot.

The incident, which took place on July 6, was captured on video by eyewitnesses parked at the side of the road and show the man, a slender, caucasian male, carrying a gun as he is followed by at least seven officers. His behaviour appears extremely erratic as he repeatedly turns towards and away from the police. As he walks closer to the cars parked on the side of the road he throws both hands in the air and at one point puts his gun to his head.

He continues to walk away from the police then frantically folds his arms around his head and crouches to the ground but quickly jumps back up. He finally comes to a stop as officers surround him and then waves to the stopped cars. He is still armed but appears to have both hands at his side as he turns away yet again from the police. It is at this time that he is shot several times by multiple officers and falls to the ground, dying on the scene.

Up until Thursday, July 7, no official statement had been given by the local police department.

RELATED: Wendy’s in Atlanta Burn Down after another Fatal Police Shooting