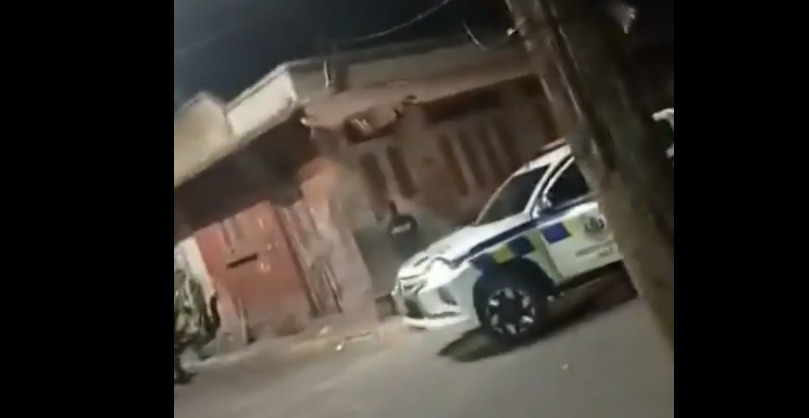 A recent video uploaded to the Yardhype official Instagram account features an incident which took place on Smith Lane in Kingston CSO, Jamaica where members of the Jamaica Constabulary Force (JCF) were embroiled in a shootout with unidentified adversaries.

Some of the first words heard in the recording were uttered by a woman off camera saying, “wi nah cuss yuh officer, we nah cuss yuh. Easy nuh we nah cuss yuh fren.” After this, a barrage of gunshots can be heard.

Residents of the area can be seen congregating at the corner of the opposite street from the cameraman after rushing from the street when shots were fired. A JCF-issued vehicle can be seen parked in the middle of the road and officers exited the vehicle and made a beeline for the same direction as the gunfire.

Although the residents could easily be victims of stray gunfire by spectating, save for the exclamations of explicit language, no one left the scene. The videographer confirmed that the exchange took place on Smith Lane.

The comment section of the post consisted of most aghast individuals trying to understand what they are seeing. A particular commenter stated, “everybody stand up a look like it’s just a regular everyday thing. No one run!??.”