BREAKING NEWS
GMT-4 06:18
Home Black Global Policeman Wants DCI To Apologize For Referring To His Wife As ‘ Daughter Of Jezebel’ 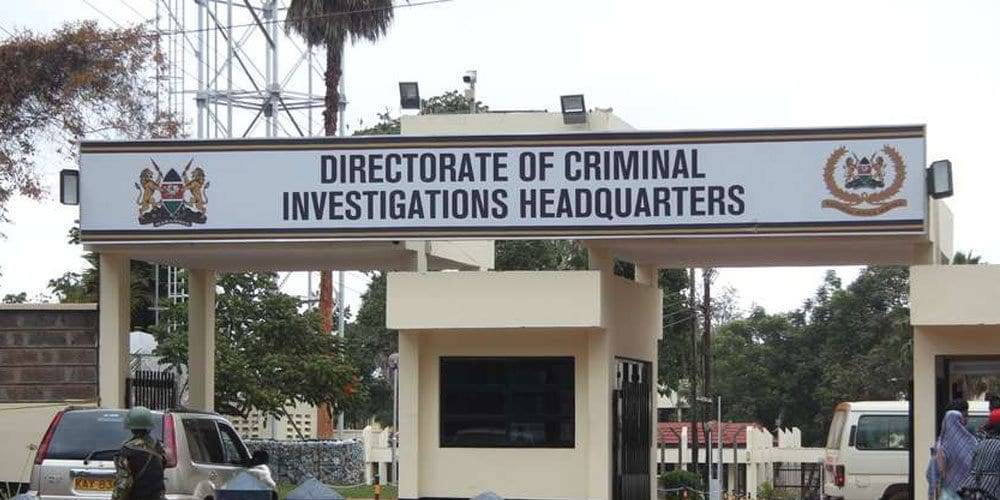 A policeman based in Murang’a now wants the Directorate of Criminal Investigations (DCI) to apologise to his wife for labeling her in a social media report as ‘Daughter of Jezebel’.

According to the police officer who now wants the DCI social media team overhauled over accusations of bias, and fake news, the investigators misrepresented the events of how he ended up hospitalised.

In an interview with the Daily Nation, the police officer has denied the claims that his drink was spiked on Sunday, unltimately sending him to a hospital ward.

In a twist to the story that gripped headlines on Monday, the police officer says he took his wife to an entertainment spot in Kenol on Sunday where he proceeded to down a few cold ones.

He goes on to say that after feeling unwell, he requested his wife to take him to hospital, but was suprised when he woke up because his wife was nowhere to be found.

“I take alcohol,my wife doesnt, I was feeling unwell but I was determined to take my wife out, but after taking several bottles, I felt weak and told my wife to take me to hospital,” the officer was quoted by the Daily Nation as saying.

“When I asked how I ended up in hospital, the nurses told me that some police officers from Kenol police station had brought me in,”

The officer goes on to say that he was shown the Tweets from the DCI which had made ‘reckless reports’, misleading readers on the situation that landed him in hospital.

His wife was released from police custody on Monday, after the police officer was discharged from hospital.

According to Maragua Sub-county police Commander Alexander Shikondi, officer headed to Kenol Police Station, where he confirmed that Wangechi is his long-time legal wife.