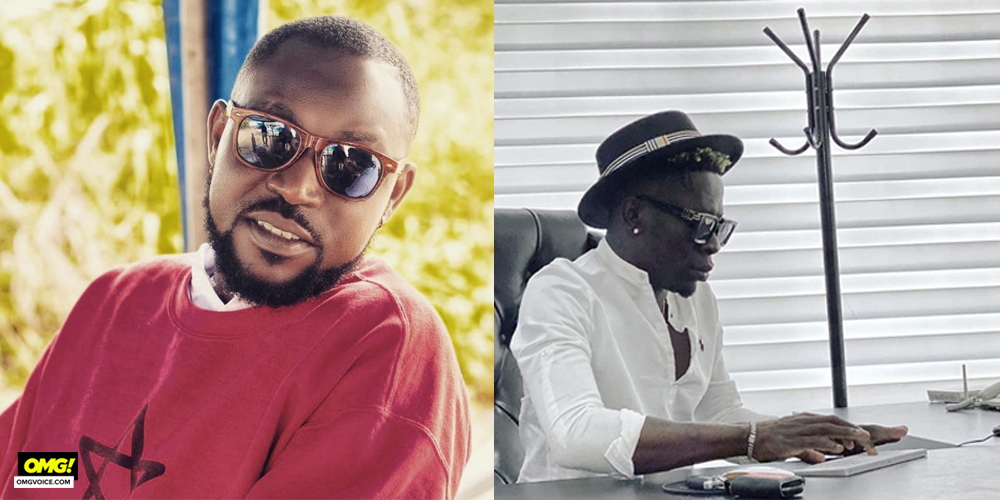 Rapper, Yaa Pono who has now rebranded his Showbiz name to ‘Ponobiom’ has expressed regret about his lyrical warfare with Dancehall Great, Shatta Wale, Purefmonline.com reports.

The beef between the duo began when Shatta Wale referred to Ponobiom as an underground artist who is not worth his hype and time when he asked the ‘1DON’ hitmaker for a campaign to reignite what was then described as the dying music industry.

This led to a series of diss songs traded between the two artists to discredit each other’s brand.

Reacting for the first time two years after the incident, Ponobiom in an interview with Hammer Nti on Kumasi-based Pure FM’s ‘Hammer Time’ entertainment program described Shatta Wale as a person of insignificant value to beef with.

He told the host, Hammer Nti that his biggest regret in the Ghanaian music industry was ‘coming to Shatta Wale’s level’ and having a public beef with him. He explained that, he wished he could rewind the clock of time and just have ignored him.

Watch Ponobiom’s narration in the interview below. Video credit, ‘Hammer Time’ on YouTube