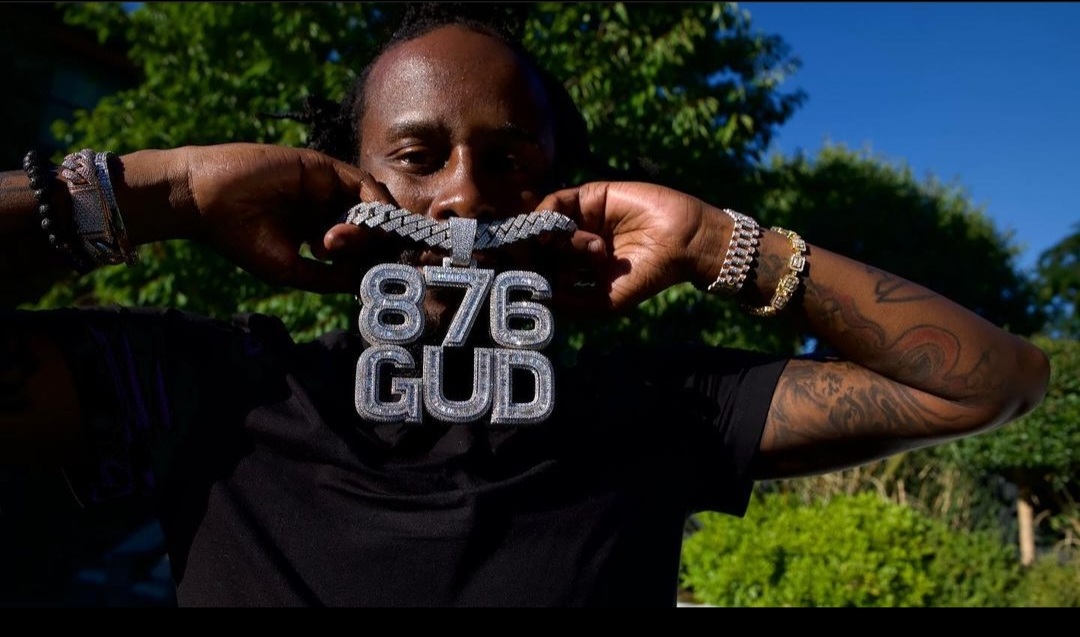 Dancehall superstar Popcaan is showing off a massive, custom-made, diamond-studded pendant and chain that he secured whilst on tour in the UK.

The Jamaican deejay shared a photo and video on Instagram of the highly expensive jewelry that has the word ‘876GUD’ imprinted, which was bought from a luxury designer jewelry company that is based in the UK called, ‘The Kettle Kids Limited’.

In the photo, the Unruly entertainer wrote the caption, “Who rep the 876 better than me?? #NOBODY?? #moodswing #GIHE” while using both hands to hold the chain up high.

The jeweler shared a video of Popcaan and as heard in the background, a voice says that it is a 200-carat diamond chain, having 125 carats in the pendant, weighing 1 kilo which is approximately 2.2 lbs. The caption also stated that it is the biggest pendant ever to come out of the UK.

“The BIGGEST Pendant to EVER come out of the UK 200Ct’s VVS Diamonds in the Pendant & Chain,” captioned the post by The Kettle Kids Limited.

See the video shared below:

Furthermore, seemingly unbothered by the controversy in the media, after recently being released from UK immigration detention for what he alleges was authorized by the Government of Jamaica (GoJ), the Unruly deejay could be seen vibing to his 2018 hit single ‘Inviolable’. The lyrics played in this song for the short video clip shared are apparently aimed at the Government and law enforcement officials, which says “Unruly we nah fail, tell dem we no fail, dem wah wi fi go a jail”.

Watch Popcaan vibing to “Inviolable” below with the massive diamond chain and pendant around his neck:

RELATED: Jamaica Now Investigating Popcaan’s Detention In The UK After PM Holness Was Called Upon