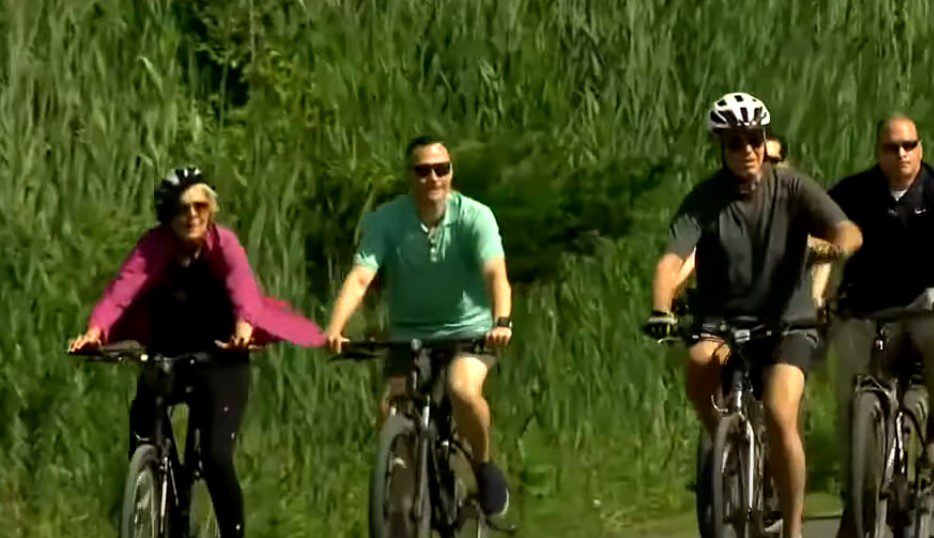 On his way out of the church, President Biden responded with three hops and a jump rope motion when asked how he was feeling after a bike fall.

According to the White House Pool Report as provided to PoliticusUSA:

Bystanders cheered as he was asked how he was feeling. He smiled, and took three
hops forward, making a jump-rope motion with his hands.

He got in his SUV moments later.

Republicans have been freaking out all day and trying to make something out of President Biden taking a slight tumble as he pulled up on his bike to talk to a gathered crowd and some reporters in Delaware.

The same Republicans who were not troubled by Donald Trump being unable to walk down a ramp, which he ranted about at the same rally where he killed Herman Cain with neglect of COVID safety protocols, drink water, or making secret visits to Walter Reed think that Joe Biden deserves the 25th Amendment for taking a tumble off of his bike.

George W. Bush fell off of his bike and suffered a few nasty bruises when he was president. Nothing like that happened to Joe Biden, and it would not be unimaginable that Biden is in better physical shape than many of the Republicans criticizing him.