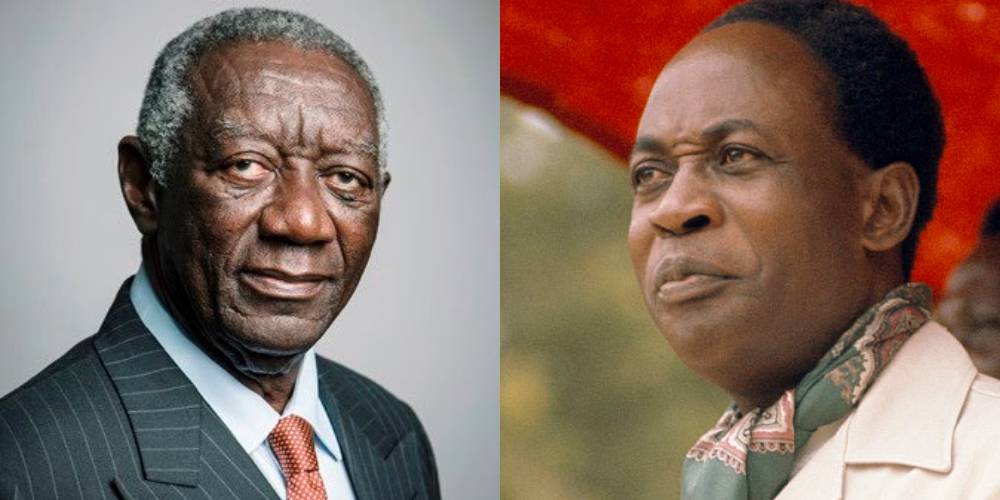 According to him, he is surprised that politics in Ghana has become increasingly monetized and it appears people now want to go into politics purposely to make money.

He noted that he did not go into politics because of money but to pursue his dream and purpose to better the lives of Ghanaians.

“Monetization of politics these days, people talk so much money these days, they make it seem people go into politics to make money.

“I didn’t go into politics to make money. I just believed there was some mission for me to pursue to better a lot of our society,” former President J.A. Kufuor told TV3.

Commenting on how Ghanaians perceive the governing party, the former President noted that the NPP is the only party that is always ready to build the nation through social intervention programmes.

“Generally, there is this belief and commitment that the party is a party of destiny, destined to be the party to help evolve the nation of Ghana to a serious wealth creating society, of deep social sense inclusively.

“It showed when we got the chance, in terms of doing the necessary social interventions like education, like healthcare, fairness and justice, like the repeal of the Criminal Libel Law to allow people to think and to talk and also to demand accountability of leadership at the same time to also dwell in the people that sense of responsibility of citizenship.

“So it is there within the party, it is like because of the current challenges, we occasionally seem to be losing our way but when you talk to the rank and file in many respects, they are set to regain the trajectory as I said earlier,” President Kufuor stressed.