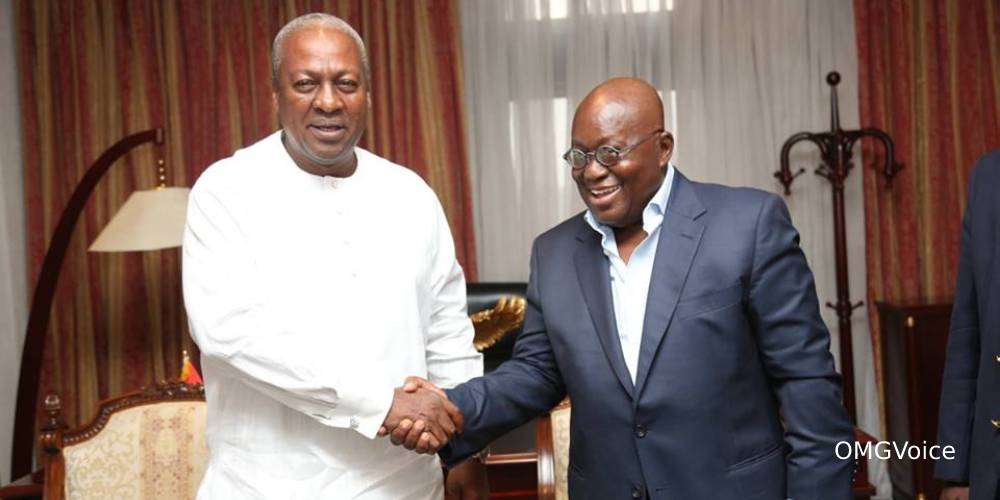 In an interview with Ugandan-based NBS television, the former president said the party was at present engaging in internal reorganization which will lead it to settle on a flagbearer for the elections.

According to him, after the process is done the party will turn its attention to the 2024 elections which he believes the NDC will win.

“I run in 2020 after I lost in 2016 so I was the flagbearer for my party in 2020. After the elections, we went to the Supreme Court and we accepted the verdict. Our party is reorganizing and it will culminate in choosing another presidential candidate and if it does we will prepare for the elections in 2024 and I’m certain that NDC which is my party will win the next elections,” Mahama said.

On the issue of who leads the party into the 2024 elections, the 2020 flagbearer of the NDC said he will not hesitate to seize the opportunity again if the party so desired.

He however mentioned that he will not also be bothered if the party chose a different candidate besides himself for the elections.

“The party decides. If the party thinks I should [be the flagbearer for 2024], why not? My country has given me soo much…educated me, made me who I am.

“I will not deprive the people of that choice if I have to and so it depends on what the party thinks is best because for us, it’s to win the election of 2024 and if we have to have a candidate other than me, I don’t have a problem with it,” Mahama remarked.

“it’s not about concealing my interest but it’s making sure that the democratic space is preserved and that alternatives do exist for political parties”.

Meanwhile, a recent EIU report has tipped the NDC to win the ensuing general elections.

It, however, suggested that the NDC revitalize its prospects with a fresh candidate besides John Mahama.

“The next parliamentary and presidential elections are due in 2024. Under constitutionally mandated term limits, the incumbent President Akufo-Addo, cannot run for a…