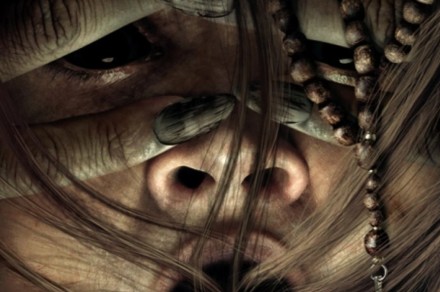 Prey for the Devil trailer teases an exorcism from hell

In the opening line for the Prey for the Devil trailer, Father Quinn tells his students, “Let’s descend into the mouth of hell, shall we?” For most people, the answer to that question is a hard pass. For Sister Ann and the priests at St. Michael the Archangel School of Exorcism, they have no choice but to take on the devil.

Jacqueline Byers stars as Sister Ann, a 25-year-old nun with a history of facing demonic possession. As a young girl, Sister Ann believed her mother was possessed by the devil. Even though nuns are forbidden to perform exorcisms, Sister Ann is allowed to train in the art of this religious ritual thanks to the help of her mentor, Father Quinn, played by Colin Salmon.

Shortly after she arrives at the school, Sister Ann meets a young girl possessed by the devil. Sister Ann suspects the girl is possessed by the same demon that controlled her mother. As the spirited nun begins to learn more about exorcisms, she’s warned that “once you know the devil, the devil knows you.” The devil doesn’t hold back as the trailer shows multiple moments where the demon possesses another human to attack, choke, and scare Sister Ann. It even creepily crawls into her mouth and rolls the eyes back of Sister Ann.

Joining Byers and Salmon in the cast are Virginia Madsen, Christian Navarro, Lisa Palfrey, Nicholas Ralph, and Ben Cross. This marks the final film for Cross as the actor best known for his role in Chariots of Fire passed away in August 2020. The film’s previous title was The Devil’s Light before its recent change to Prey for the Devil.