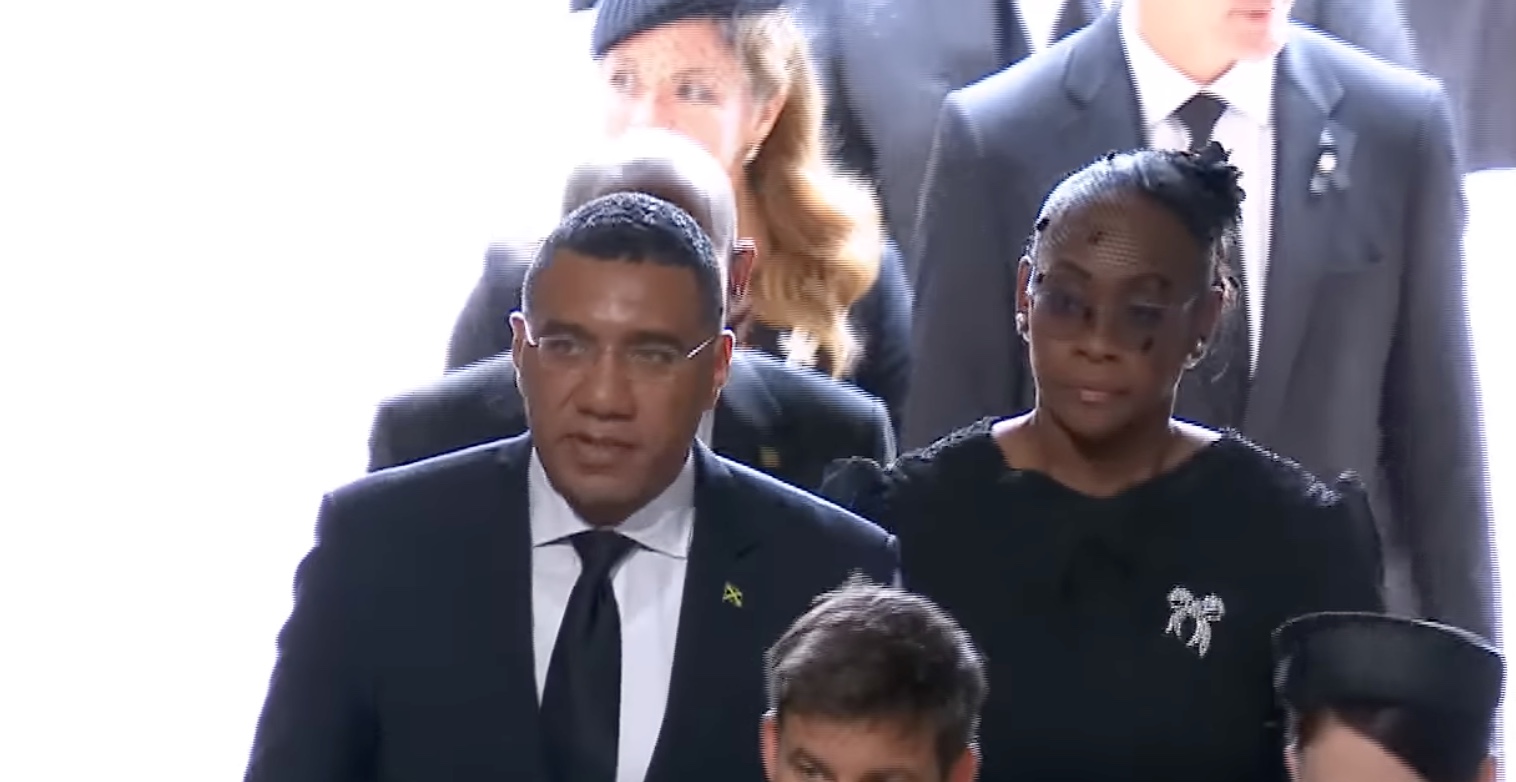 Ahead of the funeral, Prime Minister Holness met with King Charles III, the country’s new head of state, along with five other Commonwealth country leaders on Saturday. The Prime Minister was among the 2, 000 dignitaries and guests gathered for the Queen’s state funeral this morning and was joined by world leaders such as President Joe Biden of the United States. The Governor General of Jamaica, Sir Patrick Allen, was also in attendance at this morning’s service.

The Queen’s funeral service ended with a trumpet salute followed by two minutes of silence that was observed by the royal family and those in attendance. The Queen’s coffin will be transported from London to Windsor Castle for another procession and private family service. Queen Elizabeth II will be laid to rest in Windsor next to her husband, Prince Philip, who passed in 2021. She was the longest-reigning British monarch and reigned from 6 February 1952 to 8 September 2022.

RELATED: Queen Elizabeth’s Doctors Are Concerned Over the Monarch’s Health