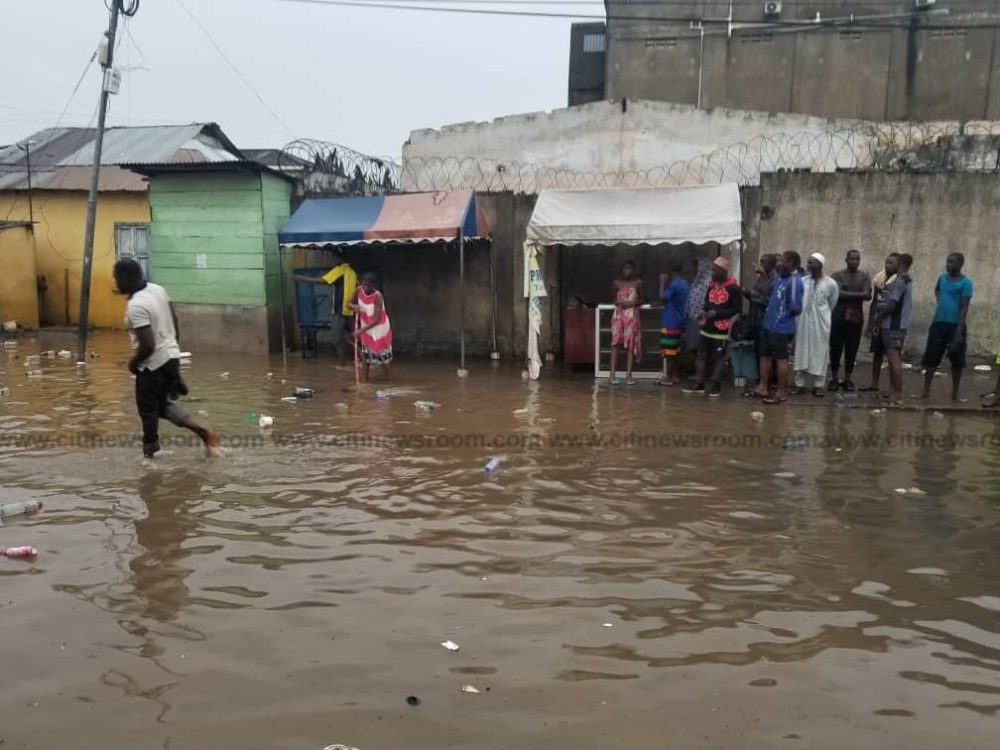 A prison officer who was assisting in the rescue of flood victims has been washed away by the floodwater.

Reports say the incident happened along the Cape Coast-Elmina Highway in the Komenda Edina Eguafo Abraim Municipality of the Central Region on Saturday morning, June, 18, 2022.

According to starrfm.com.gh, the officer in question, whose name has not yet been revealed, was part of over 30 prison officers from the Ankaful Prison who had been deployed to the area to rescue residents who had been inundated with floodwater.

The news website reports that the prison officers were retrieving materials being washed away from the rooms of the residents when the officer was swept away.

It is reported that the body of the officer has yet to be retrieved.

The Central Regional NADMO Director, Joe Donkor, who confirmed the incident, said that efforts were underway to retrieve the body of the officer.

Meanwhile, in another report, road users have been left stranded following the complete cave-in of a road linking Cape Coast to Twifo Praso in the Central Region.

A bridge on the road that passes over a river known as Surowi collapsed, causing the road to split into two halves.

Road users are seen in a video circulating online being stranded on both ends of the road while screaming.

Some residents of the area said that the bridge collapsed because the river Surowi had overflowed its bank.

The bridge serves commuters from Cape Coast to Jukwa and also from Dunkwa-On-Offin, but its collapse means the beneficiary communities have been cut off from each other.

It is reported that some tourists who were heading to the Kakum National Park to enjoy their weekend have had to return to their various destinations due to the incident.

Also affected by the flood was the building of the Axim Bank CEO, which is said to be near to the collapsed bridge.

Vehicles that were parked on the compound of the house were washed away by the rapidly flowing flood water.

Aside from the Cape Coast to Twifo Praso road, the road linking Cape Coast to Ankaful has also suffered from the flooding, leaving residents stranded.