BREAKING NEWS
GMT-4 01:32
Home Black Global Protestors Call Out The GoJ And The Police For Their Lack Of Responsiveness In Finding Donna-Lee Donaldson – YARDHYPE 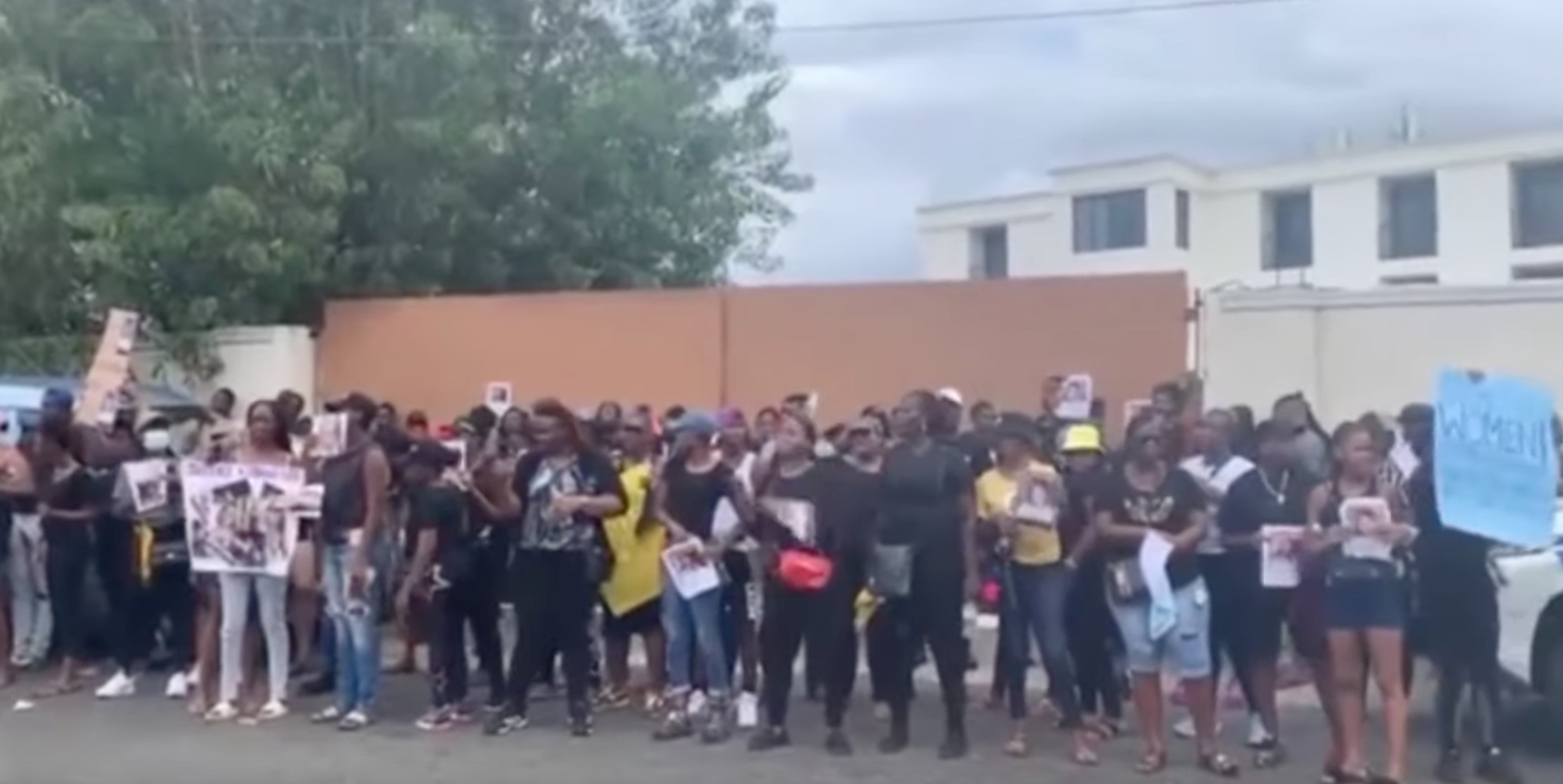 A group of protesters were gathered outside Emancipation Park in St. Andrew today, calling on Prime Minister (PM), Andrew Holness and the Minister of Culture, Gender, Entertainment and Sport, Olivia “Babsy” Grange to be more proactive in the efforts of bringing forth justice for Donna-Lee Donaldson, the social media influencer who has been missing since July 13.

Based on a video posted by the Jamaica Gleaner, scores of people dressed in black held photos of the missing woman, while directing comments at PM Holness and Grange. One person could be heard saying, “Andrew Holness you have been very silent”, while also directing the same comment to Minister Grange. A woman then chimed in to say that if it was the previous Prime Minister of Jamaica, the Honourable Portia Simpson-Miller, she would have joined their efforts and be protesting also.

Furthermore, another video surfaced which seemingly shows these same protesters at the Half Way Tree Police Station calling on members of the Jamaica Constabulary Force (JCF) to be more responsive and stop covering for their colleagues who are reportedly suspects in the Donaldson missing person’s case.

The protesters then visited the apartment gate where Noel Maitland lives; he is the boyfriend of the social media influencer and was allegedly her last contact before she went missing.

“Noel where are you…hiding, hiding,” echoed the voices of scores of protestors who sang those words while lined up on the sidewalk in solidarity to call him out. A video of this can be watched below:

Donna-Lee Donaldson, a 24-year-old social media influencer has been missing since July 13. Since then, incriminating evidence has flooded the media which seemingly ties her boyfriend and his babymother, Kathy Smith who are both police constables to her whereabouts.

Both persons have since hired the services of a lawyer and have denied their involvement in the unsolved case.

See the post by the Jamaica Gleaner on the protest below: