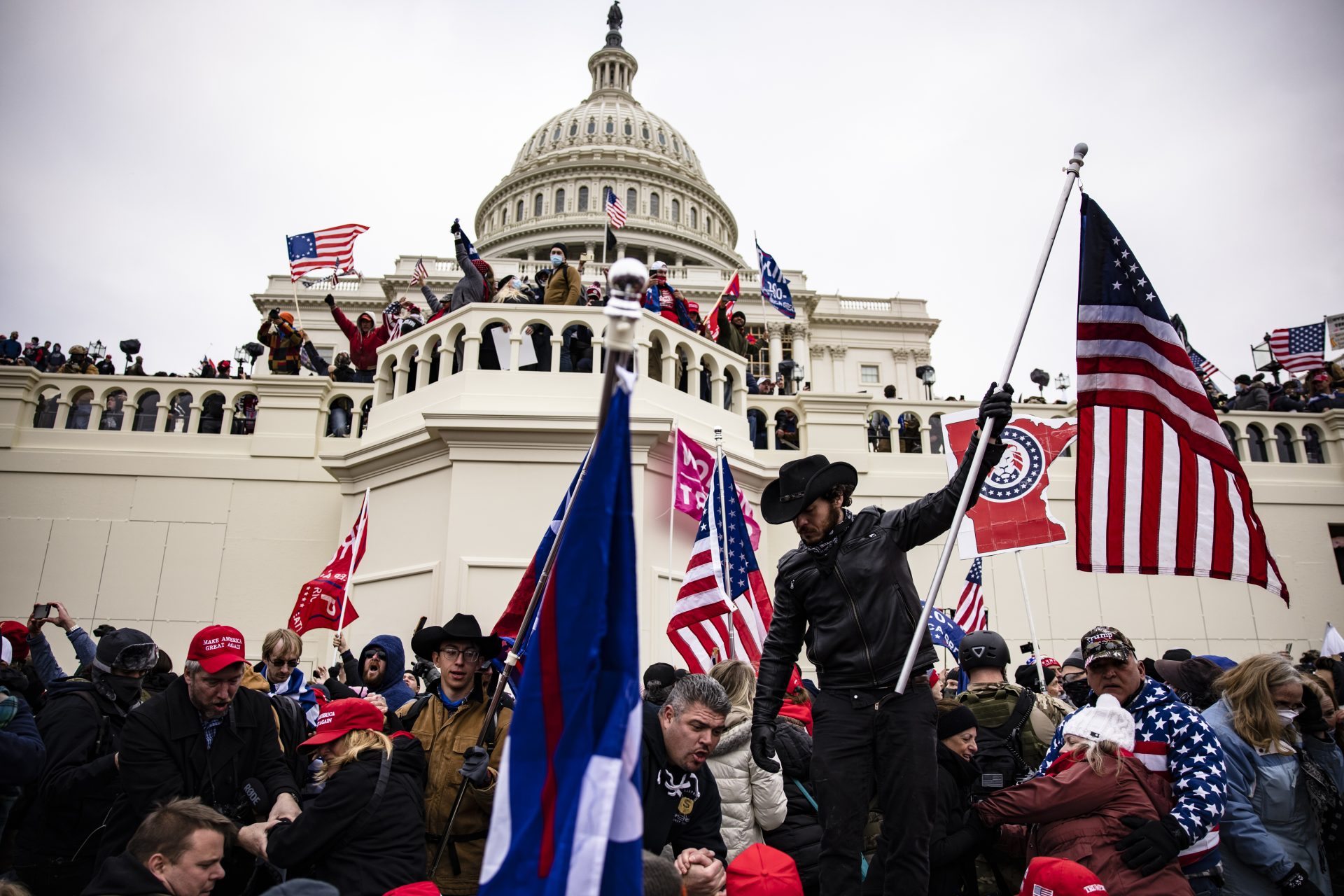 The Justice Department charged the prominent leader of far-right extremist group Proud Boys and its top members. The group faces seditious conspiracy charges for their roles in the January 6, 2021 US Capitol attack. The New York Times reported that The Justice Department indicted Enrique Tarrio, the former chairman of the Proud Boys, and four other members on Monday.

By definition, sedition is the crime of creating a revolt, disturbance, or violence against lawful civil authority with the intent to cause its overthrow or destruction. The four men charged alongside Tarrio in the indictment are Ethan Nordean, the “sergeant at arms” of the Proud Boys and president of his local chapter; Joseph Biggs, an organizer of Proud Boys events; Zachary Rehl, who runs the Philadelphia chapter of the Proud Boys; and Dominic Pezzola, a New York Proud Boy who goes by “Spaz.”

The charges allege that between December 2020 and January 2021, group members had “meetings and encrypted communications” to plan an insurrection preventing Congress from certifying Joe Biden’s presidential victory over former President Trump. Prosecutors say the five defendants worked together to intimidate Congress and law enforcement members and prompt them to flee, preventing them from performing their official duties.

Prosecutors revealed Tarrio’s text messages from January 6, where he seemingly compares the attack on the US Capitol to “The Winter Palace.” This event is when the home of the Russian emperor was stormed during the Russian Revolution in 1917. Reportedly in the texts, Tarrio comments on Congress being evacuated from the chambers, unable to certify the Electoral College vote.

Tarrio responded, “Let’s first see how this plays out,” before the Senate resumed certifying the presidential vote. The unnamed person writes back, “They HAVE to certify today! Or it’s invalid.” Since the Jan. 6 riot, more than 800 people…