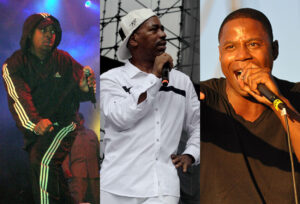 Hip-hop, perhaps the biggest genre in the history of recorded music, is banding together to form an official union.

The union, called The Hip Hop Alliance, was founded by legendary hip-hop artists Chuck D of Public Enemy (founder/president), Kurtis Blow (founder/vice president), and Doug E. Fresh (founder/board member). The purpose of The Hip Hop Alliance is to represent the needs and matters of importance related to “the [hip-hop] and R&B workforce through advocacy, information, and service.”

Even at the beginning stage, The Hip Hop Alliance has already formed a strategic partnership with the Screen Actors Guild – American Federation of Television and Radio Artists (SAG-AFTRA). The collaborative efforts between the two organizations will focus on outreach and engagement within the hip-hop and R&B community. The affiliation will benefit artists in being treated fairly in terms of contractual obligations and equitable pay, as one of the initiatives between the two organizations.

To bring attention and awareness to The Hip Hop Alliance, the union released a video featuring KRS-One. Making appearances in the video clip on their Instagram page are two other legendary hip-hop artists, Slick Rick and Big Daddy Kane.

“Shout out to those who work behind the scenes to make [hip-hop happen]! Managers, artists, agents, engineers and producers what is the retirement plan, healthcare plan, and fare commission standards for us? What is a fare wage for what we do within “hip-hop” as an industry? Those that drive and assist artists, those that protect artists, those that promote the show, and those that sell merchandise, among other roles and responsibilities that make [hip-hop] happen; Who speaks for us? What brings dignity and respect to the work that we do? Answer. The Hip Hop Alliance! With the knowledge, the skill, and the power of our collective voice, there is no reason why we cannot protect ourselves and our future! Find out more Hiphopalliance.org”

Other hip-hop artists on the advisory board of The Hip Hop Alliance include: Slick Rick, DJ Hollywood, DJ Cassidy, DLB (Fearless 4), Grandmaster…