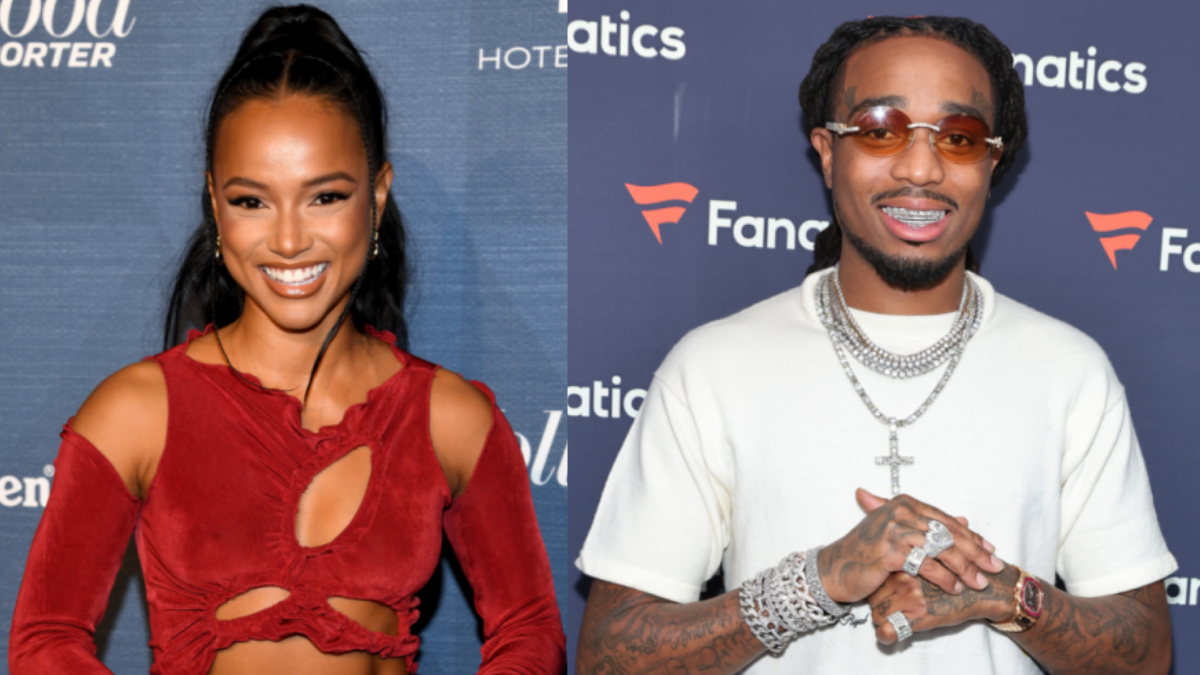 Quavo and Karrueche Tran Celebrates Her Birthday In Jamaica – YARDHYPE

Fanning the flames of dating rumours, American Migos rapper Quavo and Model Karrueche Tran have once again flown off together and landed in Jamaica for a vacation as Karrueche celebrates her birthday.

Karrueche’s 34th birthday passed on May 17 and the couple was spotted amongst friends enjoying their second Caribbean getaway rafting and climbing waterfalls. Their first vacation in the Caribbean was in January when the couple were having fun in St. Maarten with a group.

in one video shared on Wednesday, the rumoured couple was climbing the stairs to a famous waterfall in Ocho Rios. Another video shows Karrueche being treated to a popular clay mud mask on her legs and butt by a tour guide as she happily relaxes on a raft.

Rumours of Quavo and Karrueche Tran being romantically involved first ignited early in 2022 when they were seen having dinner together in West Hollywood and later in St Maarten. While they hadn’t tackled the dating rumours head-on, Karrueche did state that she and Quavo were just friends.

In 2017 Karrueche Tran and the Migos rapper were linked together after her breakup with Chris Brown, which was back in 2015 when Karrueche alleged that Chris was abusive. Karrueche, who started dating Chris in 2011, took out a restraining order against him after the breakup and in 2017 when Karrueche and Quavo were involved, it caused an altercation between Chris Brown and Quavo.

Karrueche was also involved with NFL footballer Victor Cruz, but after 3 years of dating their relationship ended in early 2021.

Similarly, Quavo also came out of a 3-year relationship with fellow rapper Saweetie, which ended in March 2021. According to Saweetie, Quavo was allegedly constantly cheating on her and buying her Birkin bags to appease her each time. The state of their relationship opened up to the public when a video was leaked showing the couple throwing blows in an elevator, but no charges were pressed and they only spoke out about it to confirm that no one was hurt.

Watch the videos with Quavo and Karrueche Tran in Jamaica below.