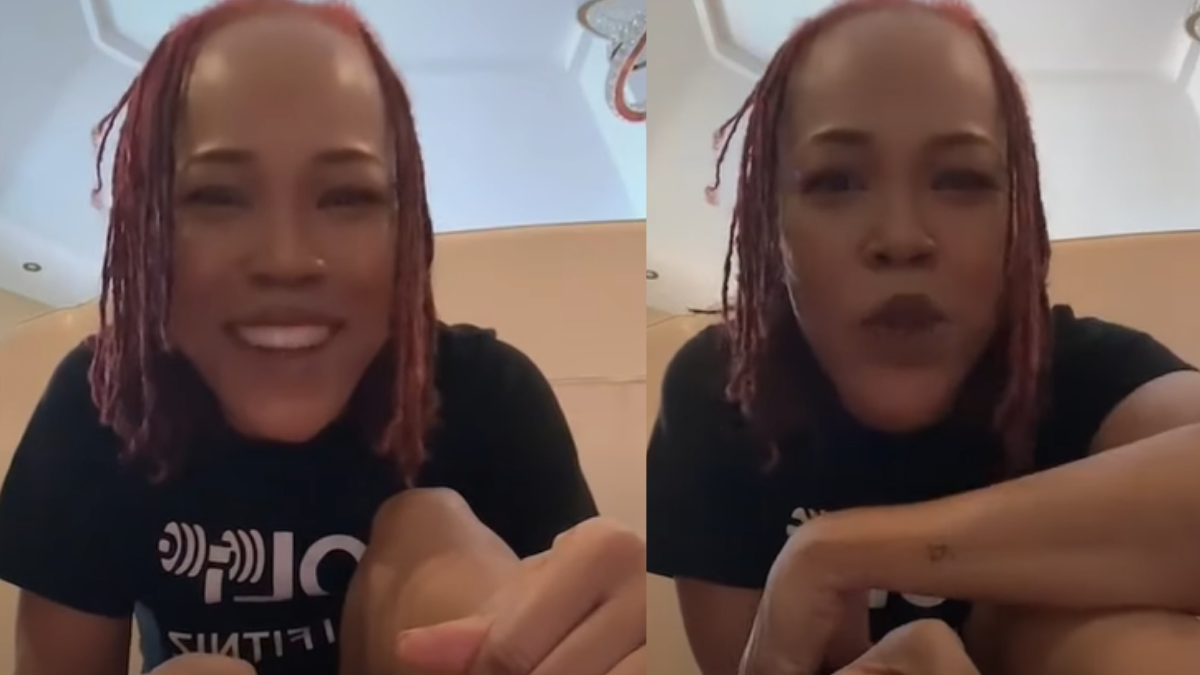 While some persons welcome Queen Ifrica’s modernized look, there have been many disapprovals, criticisms and questions rising from the public who seem to be concerned. Among the disapproving responses, Patrick ‘Curly Loxx’ Gaynor from the controversial ‘Twin of Twins’ voiced his concerns on Instagram

Resharing Queen Ifrica’s viral TikTok video, Curly Loxx tagged her, asking if she is ok? He went on to express that he finds the video of her slightly “troubling” and he hopes that she is only conducting a “social experiment” or pulling a prank.

“I know ur an adult entitled to ur own choices but in my eyes I believe u were one of the few remaining with some semblance of moral and spiritual values,” he continued in the caption.

He subsequently told her to “not lose hope” and to return to the path she was on before.

Adding that he is fully aware of the “temptation to fit in is hard to withstand,” Curly Loxx advised her to keep fighting and not act like a child.

“There is a higher force that we must give account to. We must not act like the children when we know better, we must raise them,” he concluded.

While it seemed as if he was only concerned about Queen Ifrica’s decision to refashion herself, the message he sent was not well received by the Rastafarian singer.

Responding to the negative feedback she has received Queen Ifrica, born Ventrice Morgan, created another TikTok video that seems to have been deleted. In the video that was reshared by vlogger Fame Edjahz she addressed the allegations of her trimming her dreadlocks. While the locks are not as long as they usually were, the singer showed that she did not trim her hair and had no intention of doing so.

“Mi nuh know a when since rasta woman cyah look sexy,” she said addressing the comments regarding the romper she was wearing in the video. “A dat we have underneath the whole heap a long clothes and turban because we chose fi trod and live dah way deh,” she continued.

Adding that there is no law prohibiting Rastafarian women from wearing sexy clothes at home, she indicated that everyone who…