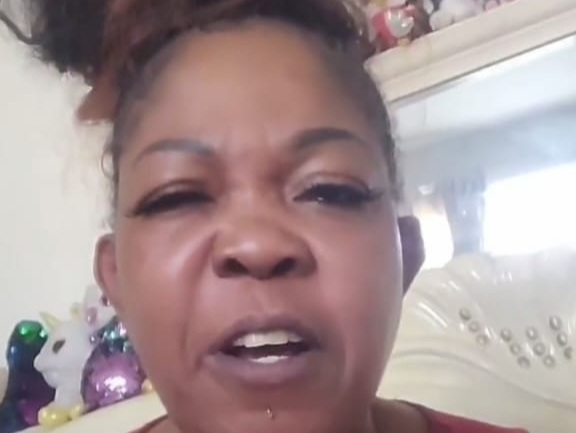 Social media personality Queenie and her husband Dewey are at each other’s throats again after a video surfaced the internet of the two fighting at an airport.

In the video, a woman who is said to be Queenie can be seen quarrelling with a man believed to be Dewey while at an airport. Moments after she slaps him in the face and he tries to push her away. However, airport personnel quickly intercepted the two and parted the fight.

Watch the airport fight below:

Soon after, Queenie went Live to address persons who are speaking negatively about her relationship, to let them know that she’s not ashamed of what happened and she does not care about the backlash that she has been receiving in the media.

“None a unu never argue and push one man yet and unu and him never argue nuh weh yet? Unu move unu nasty bombo wul a weh unu feel like unu can mek mi shame and hide. Mi don’t shame. Unu know me no bloodclaat shame,” Queenie said.

She went on to say that she was not the one who leaked the video to the media, therefore, people should stop telling her that she should stop bringing her marital affairs to the public.

Queenie ended the video to say that people should go and look life and stop meddling in hers.

RELATED: Queenie And Dowey Are Back Together

RELATED: Queenie “Buss Up” Dewey’s Face And Says She Wants To Be By Herself