BREAKING NEWS
GMT-4 12:42
Home Entertainment Quinta Brunson Says She Was Not Bothered By The On Stage Moment With Jimmy Kimmel At The Emmys 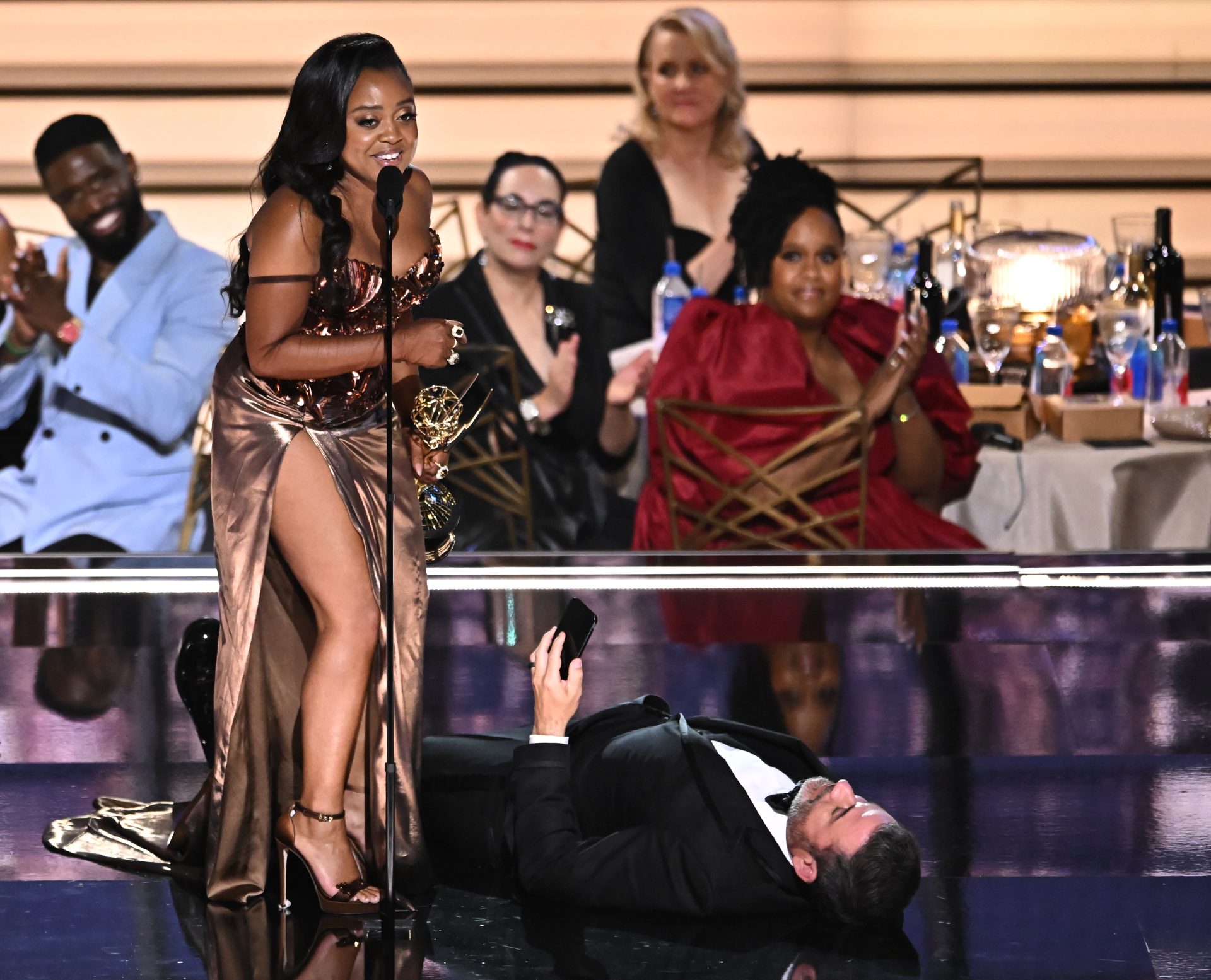 Last night, Quinta Brunson walked on the Emmy stage to accept her award for Writing for A Comedy Series, and the award was presented to her by Jimmy Kimmel. As she delivered her acceptance speech Jimmy positioned himself on the floor, which some folks weren’t a big fan of.

After her win, Quinta talked to the media backstage, and when asked about the moment with Jimmy, she shared that she actually wasn’t bothered by his actions, despite what some folks were saying.

“The bit didn’t bother me that much, I don’t know what the Internet thinks, but I know him. Honestly, Jimmy gave me my first big late-night spot and was one of the first people to see Abbott. He Instagram messaged me that he saw this comedy and thought it was one of the greatest comedies of all time. He was so excited it was going to be on ABC, so I think in that moment I was just really happy that it was Jimmy up there. I kind of consider him one of the comedy godfathers, so I was wrapped up in the moment.”

Quinta continued to share that she’ll be on his show on Wednesday and joked about possibly punching him in the face.

As previously reported, fans took to social media to share how upset they were because they felt like the moment should have been about Quinta but felt like Jimmy took that moment away from her.

Her “Abbott Elementary” co-star Sheryl Lee Ralph also walked away a winner as she won the award for Outstanding Supporting Actress in a Comedy Series, which is her first ever Emmy award.