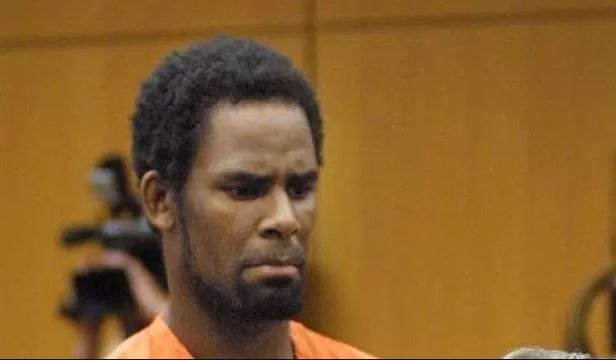 R. Kelly Found Guilty On 6 Out Of 13 Charges Of Child Pornography And Sex Abuse – YARDHYPE

Incarcerated singer R. Kelly was found guilty on 6 out of the 13 charges relating to child pornography and sex abuse by an Illinois federal jury on Wednesday.

These charges stem from complaints from several women who alleged that he lured them into sex acts while they were underage and tried to intimidate, bribe witnesses, and cover up evidence of the abuse in a previous criminal trial against him.

This trial lasted for five weeks, with prosecutors also claiming that Kelly videotaped his sexual encounters with minors. An alleged victim, his former goddaughter also accused him of having sex with her from the age of 15 years on multiple occasions.

The singer whose legal name is Robert Sylvester Kelly was sentenced on June 29, 2022, to 30 years in federal prison after being found guilty of nine charges which include racketeering, sexual exploitation of a child, bribery, kidnapping, and sex trafficking involving five victims.