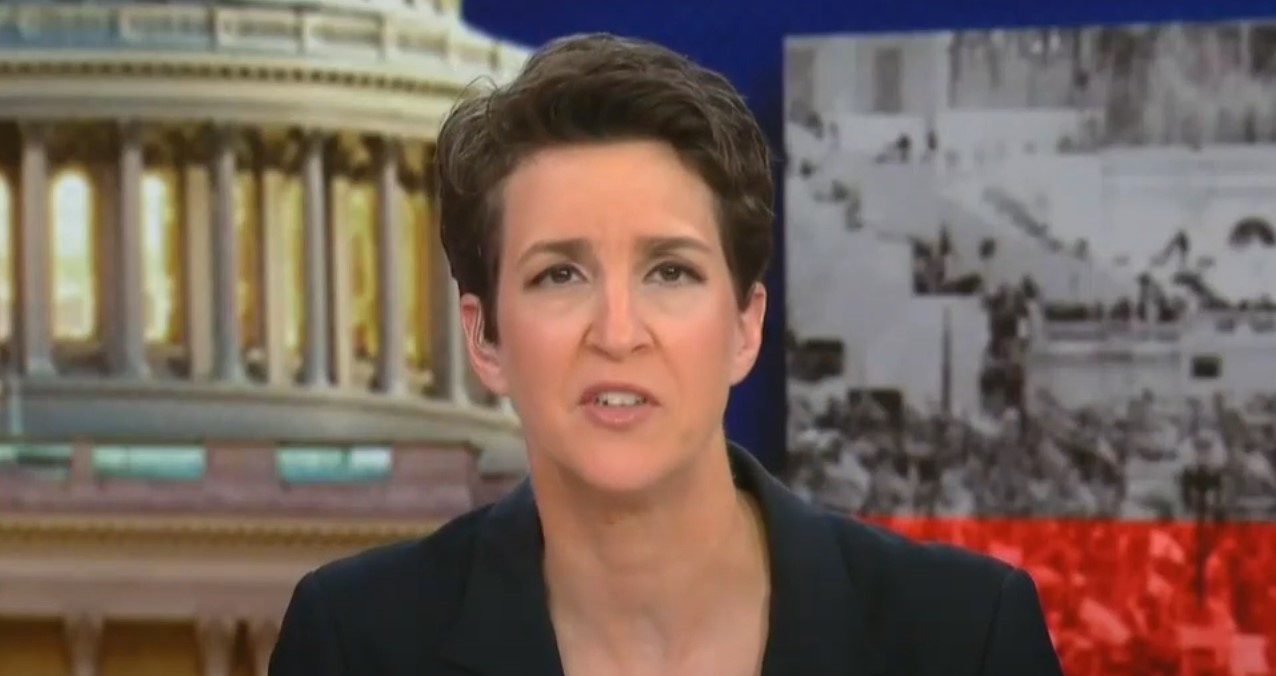 Rachel Maddow discussed the revelation that Trump kept his plan to march to the Capitol on 1/6 a secret from the U.S. government.

Ellipsis, then U.S. Capitol. So revealed today by the January six investigation, it was the plan all along for Trump to say to the crowd that he was railing just outside the White House. It was the plan all along for him to tell them unexpectedly that they should leave that rally site and walk to the congress. Walk to the U.S. Capitol building across town where congress was meeting to count the electoral votes. That had not been put in the rally application, that I’m not been something that was discussed in the upper echelons  at all, to make a movement like that safe, or anything approaching safe, it was going to be a surprise.

The rally organizers were told people like Mike Lindell, the my pillow guy were told that these were the president’s secret plans. But the actual government was not told. Because they knew in advance that if those agencies had a word out they would try to stop it. So this was a private plant among the president and the people he was using to summon the crowds to Washington. One that needed to be kept secret from the government because of course what it was was a plan for a physical overthrow  of the government.

Trump’s call for the crowd to march to the Capitol wasn’t spontaneous. Trump always planned to get his supporters to attack the Capitol. The rally was held to mobilize his supporters in Washington to stop the election from being certified for Joe Biden.

The point of his rally was to build an army to use to attack the Capitol, and it was all planned and Maddow’s points make a clear case for Trump to be charged with sedition.