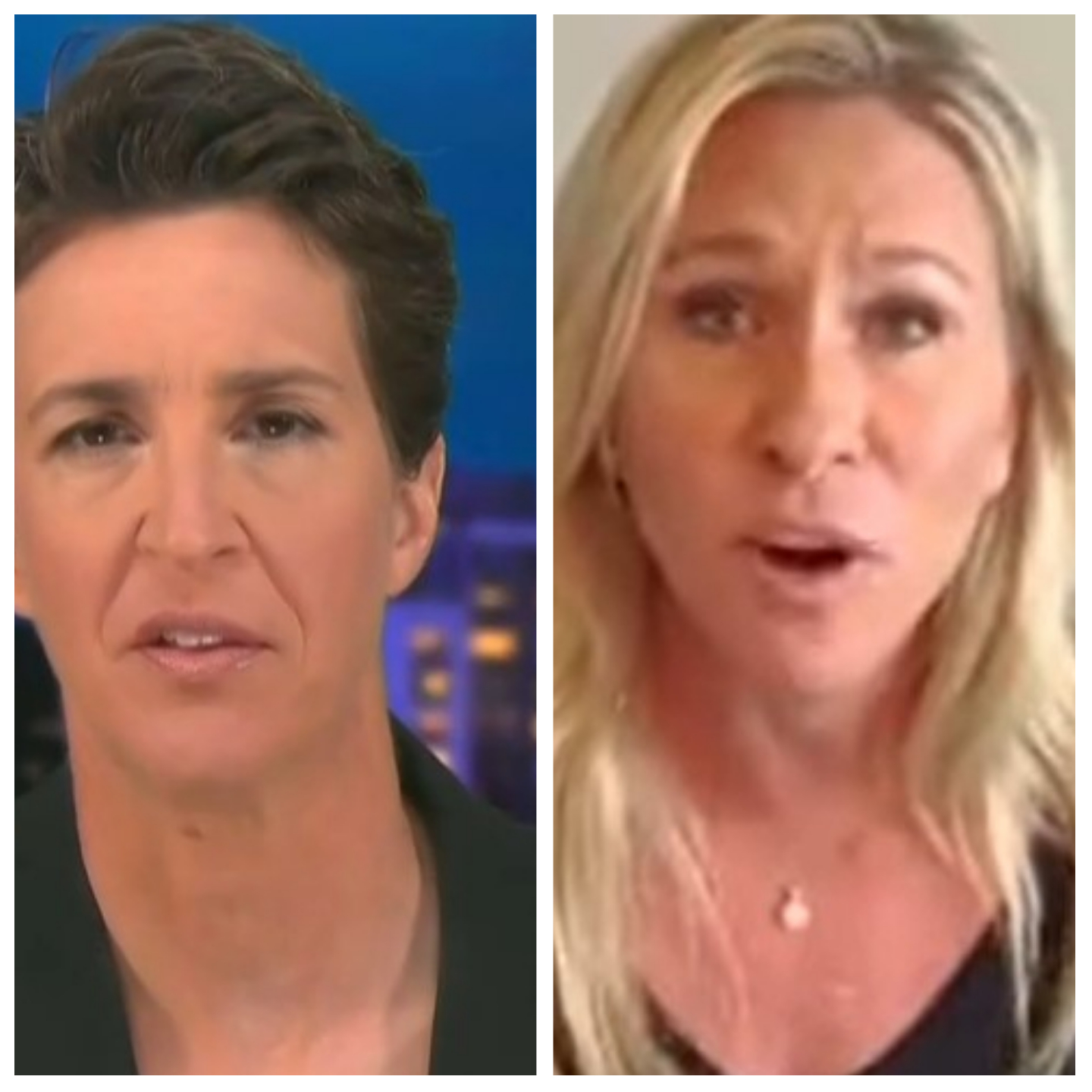 Rep. Marjorie Taylor Greene (R-GA) is melting down on Twitter because Rachel Maddow exposed the racism and antisemitism of her Christian Nationalism.

Rachel Maddow is smearing me with lies about my faith and love for America and trying to connect me to someone I’ve never heard of or know anything about.

In reality, being a Christian means I acknowledge I’m a sinner and my savior is a Jewish man named Jesus who I believe..
1/7 https://t.co/zlYwpvKnE0

Hopefully, this helps some of you that are brainwashed by liars like Rachel Maddow who by the way has never met me in her entire life and gets paid to lie about me by her hard left employers at MSNBC.

What a pitiful way to earn a paycheck.

The stuff about the Jews taking over the world and how Americans need to be Christian Nationalists because only that can stop the worldwide Jewish conspiracy, not to mention all the race-mixing, I mean, that sound I just played is the milder version of what Gerald L.K. Smith was famous for. He was a virulent violent racist and anti-semite, and that was the core of his movement.

It doesn’t stand for being a patriotic Christian. It is a racist and antisemitic movement that wants to end the separation of church and state and make racism and antisemitism the law of the land.

Marjorie Taylor Greene melted down because Rachel Maddow exposed the truth about her beliefs….