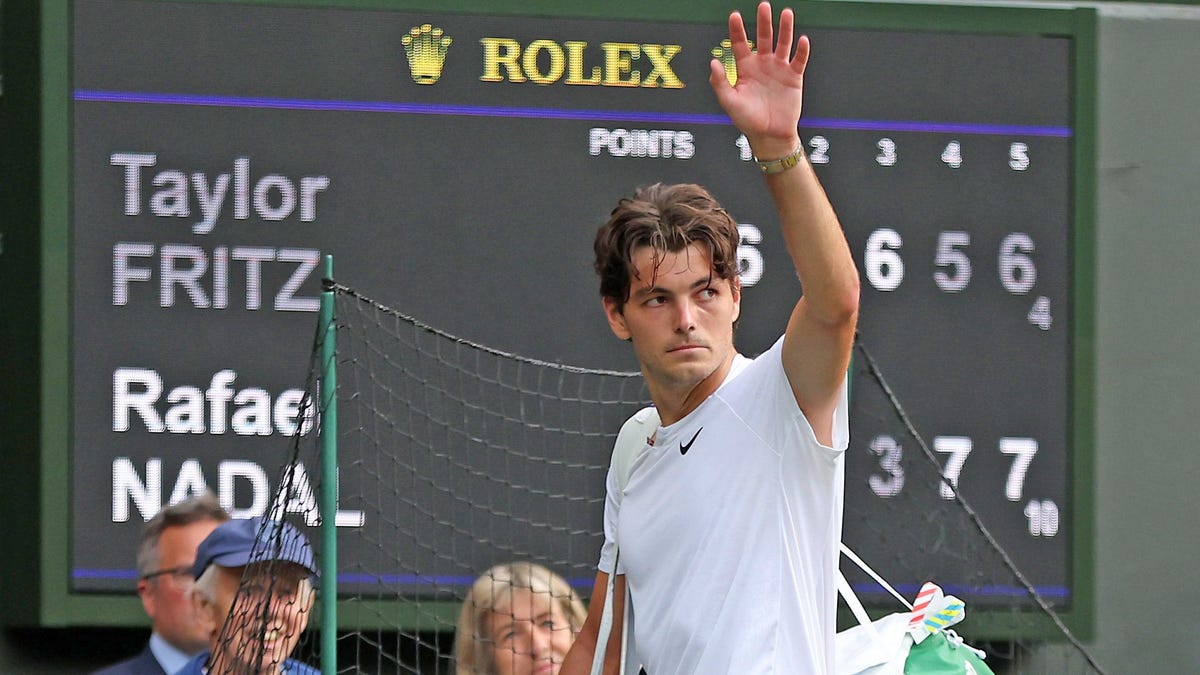 American Taylor Fritz looks to be on the cusp of being a big deal.Image: Getty Images

American tennis, on the men’s side, has been a desolate wasteland for over 20 years now, pretty much. Since Andy Roddick took the U.S. Open in 2003 and then spent the rest of his career getting clubbed by Roger Federer in the biggest matches of his career, no Yank has taken a major. No Yank has even come all that close. The tall doofus John Isner has been around forever to throw the occasional scare into players with his serve and really nothing else. That’s been about it. Mardy Fish flirted with the top ten for a hot minute.

Taylor Fritz looks like he could be a person of interest for the next little while. He’s currently ranked 14th in the world, but that will rise after getting to the quarters at Wimbledon. And he was staring the biggest win of his career in the face all afternoon, as he was across the net from a clearly injured and hampered Rafa Nadal. Yes, it’s Rafa Nadal, and when he’s harmed is when he also tends to be most dangerous, as he’s still possessing the biggest heart/balls on tour. Just because he could barely serve and certainly couldn’t bend over without his oblique injury sending shocks up his whole body doesn’t mean he was dog meat.

But Fritz had a 2-sets-to-1 lead, and even though he was carrying an injury himself, he had Nadal on the run. Fritz has one of the tour’s biggest serves and a wicked forehand, and with Nadal’s movement just a little hampered, he was able to back Nadal into corners more than you’d ever see.

The problem was that even though Fritz would pack Nadal into a corner or have him scrambling, he was terrified of getting to the net to finish a point off. He only won 57 percent of the points he came in for. It doesn’t mean that Fritz needs to turn into Boris Becker or McEnroe as his career moves along. But Nadal rose to God-like status when his net became A-one. When you put yourself into position to clip points off, you do it.

Here’s the point of the match:

Listen up
The Audible Premium Plus…