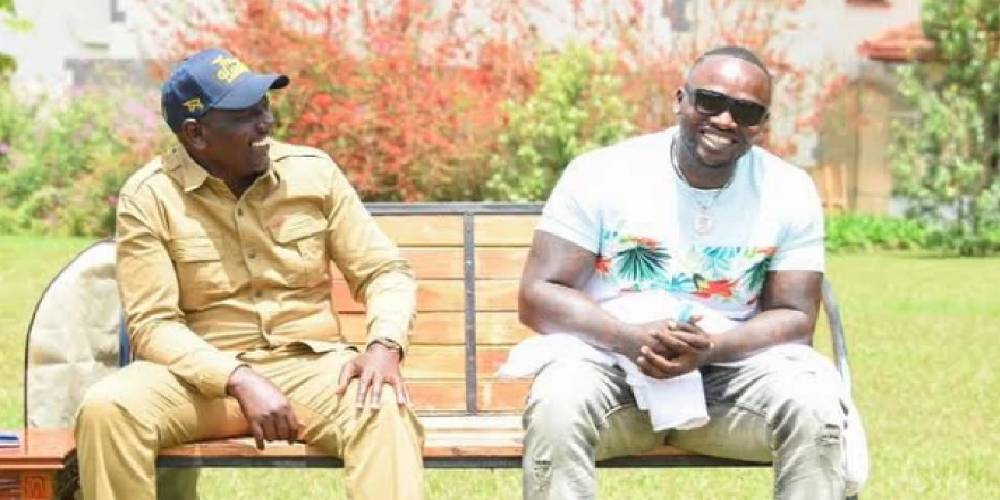 Khaligraph on Thursday sought to pass a message to President-elect William Ruto following his ascension to the top seat – against all odds – after the General Election.

And, while most prominent personalities have opted for long winded statements on social media, Khaligraph has congratulated Ruto though what he knows best; music.

In a new freestyle dubbed ‘Usiache Akemewe,’ the rapper commends Ruto for his exploits and urges him to pursue reconciliation with his main opponent at the August polls, Azimio la Umoja One Kenya coalition party chief Raila Odinga.

According to Khaligraph, Odinga – who has now lost five presidential elections – has gone through enough and does not deserve the kind of mockery he is being subjected to by a section of Kenyan social media users.

This, he opines, can only stop if Ruto himself extends to him an olive branch and incorporates him into his government, thereby insulating and protecting him from online bile.

“First of all congratulations, God has granted you victory so you can lead this nation / I admire the fact that you’ve been hella patient, as you assume your role I hope you get this information,” Khaligraph opens the song.

“There’s an issue that only you can address, reconciliation – that’s what we need to start afresh/ And you’re a Man of God so you know how to do it best, juu sai wanatusi Raila na kuna vile inanistress.”

“Mr. Hustler, Yes, a man of integrity / Bring the people together ‘coz chuki sai si necessity. Baba is being attacked, some people calling him names / But you can change this narrative ‘coz you’ve been through the same.”

The ‘Blue Ink’ record label boss further implores Ruto to look back at when his critics harangued and told him he wouldn’t clinch the seat but went ahead to do it anyway through what he terms as “the grace of God.”

He, in turn, wants the President-elect to learn from this and not repeat such…