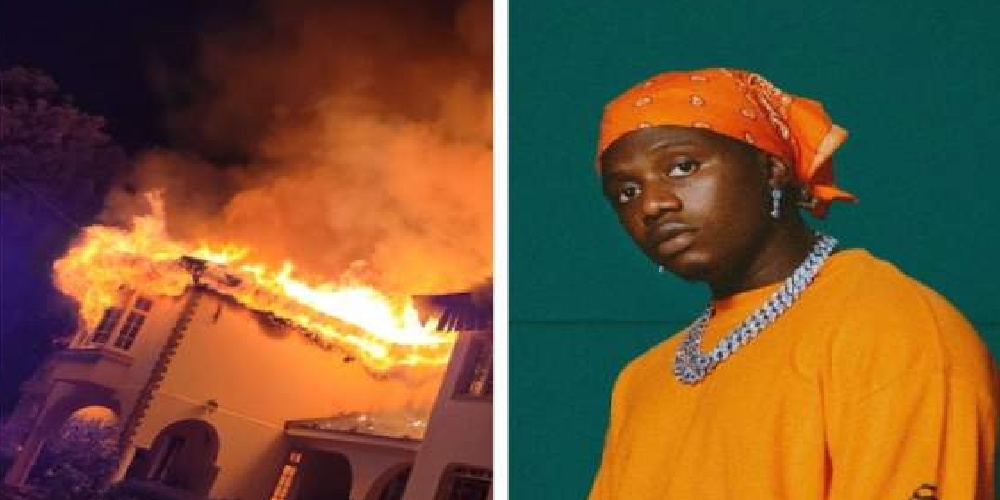 Rayvanny caused a stir after he revealed that he deliberately set his house on fire after spending millions to construct it.

The Bongo singer burnt down his mansion for the sole purpose of a video shoot for his new song ‘I Miss You’ featuring Zuchu.

Vanny boy bragged that ‘I Miss You’ video is the most expensive music video that has ever been shot in his home country Tanzania.

“Sina hakika kama kuna video ilifanyika Tanzania ikapita budget hii. Expensive scene. Hela imetumika sana. Shot ambazo sijawahi ona Tanzania. Wahusika wote mmeitendea haki (Am not sure if there is any other video shot in Tanzania that cost more money than this. A lot of money was used. I have never seen any kind of a video shoot in Tanzania. All participants did a good job),” wrote Rayvanny.

Rayvanny added that it took him three months to shoot the new music video.

Rayvanny also revealed that he build a new house from scratch and deliberately set it on fire just for a scene in the new music video.

“Hii ilikua ndoto yangu kuweka uhalisia katika video an kazi zetu za sanaa/movie pia. Nilisema nitajenga nyumba na nitaichoma moto team yangu iliniona sio mzima and finally we did it more money na tukachoma yote kuweka uhalisia tu (It was my dream to make everything as real as possible during the video shoot. I said I will build a house and then set it on fire and my team thought I was crazy. But we did and we burnt it down all of it to make the video shoot look real), Rayvanny stated.

The celebrated crooner further disclosed that the house scene was in Tanzania and not in Hollywood as depicted in the music video.

Watch Rayvanny’s new song in the video below: