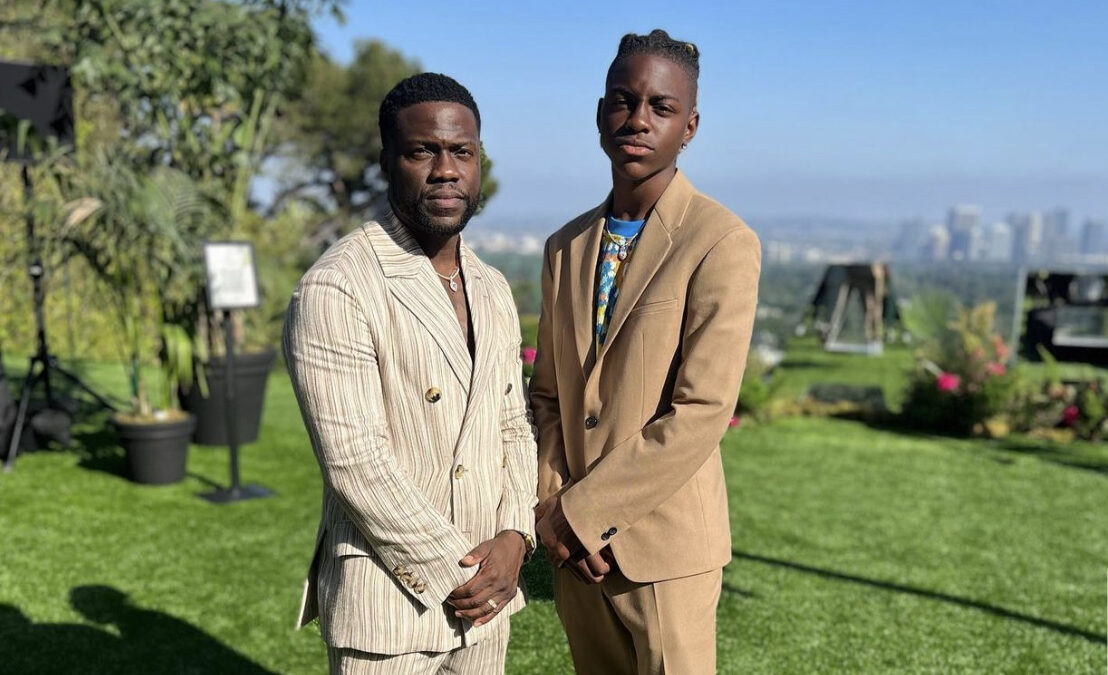 Kevin Hart took to Instagram on Aug. 8 to show his millions of followers how he and his older son Hendrix Hart decided to spend the day together.

In the post, Kevin and Hendrix, who wore athletic gear consisting of T-shirts, shorts and sneakers, were seen attending a gym at an undisclosed location.

Kevin Hart workout photo with his son Hendrix Hart takes a turn when fans zoom in on the comedian’s face. Photo:@kevinhart4real/Instagram

The image showcased the pair posing as they did a lunge exercise with dumbbells. In addition to the upload, Kevin wrote the caption, “In the gym with my guy…. @fableticsmen …Father & Son workouts.”

As fans viewed the photo, many bypassed Kevin’s message and immediately focused on his facial expression while exercising.

The majority of the comments mentioned that the comedian seemed like he was struggling to hold the dumbbell. At the same time, an Instagram user jokingly pointed out that Kevin’s facial expression could have indicated he had to use the bathroom.

“The look on Kevin face lets us know he is struggling lol.”

“You look like you about to take a s–t just by your facial expression.”

“You KNOW that Kevin is holding on that giant dumbbell for dear life for this photo.”

Among the previous responses, other social media users praised Kevin for being an inspiration to his 14-year-old son. One wrote, “Show them how it’s done! I believe that every father’s aspiration is that their sons succeed them in every way. I love this!”

Another said, “Love how you’re inspiring your son to be physically active.”

This post comes weeks after Kevin opened up about co-parenting with his ex-wife, Torrei Hart. Kevin and Torrei, who were married from 2003 to 2011, share two teenage children, Heaven and Hendrix Hart.

During a July 26 interview with “The Pivot” podcast, he said, “You get better. I can credit my ex-wife on growth. Myself too. It’s not about us, right? There’s…