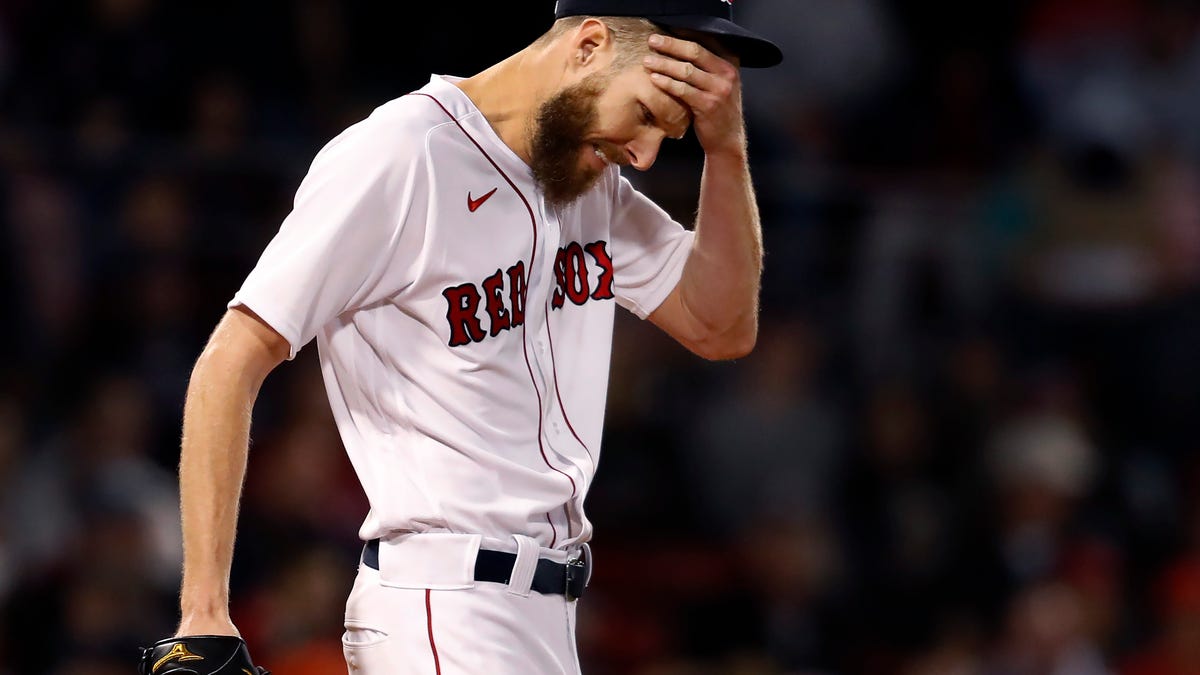 It’s not every day you see a 33-year-old professional baseball player throw a full-on temper tantrum, but according to Chris Sale, it’s all part of the gig.

After he was pulled from the game in the fourth inning of a start for the Triple-A Worcester Red Sox on Wednesday after walking five batters and allowing a run, he was captured on video pretty much destroying the Worcester tunnel, tearing down wall art in his fury and kicking the shit out of it afterward.

Sale, a seven-time All-Star and 2018 Red Sox World Series champ, hasn’t pitched in the majors since 2021, as a series of injuries and a bout of pneumonia have kept him on the IL for Boston, in and out of surgeries and rehab, including a Tommy John surgery and a stress fracture in his rib. At 33, he’s making his way back through the minors, and his rehab start clearly didn’t live up to his own personal standards.

Though not caught on video, Sale told the press that he also destroyed a TV in his rampage, and then said, “I wouldn’t be here without that… it’s what makes me good at my job.” Assuming “that” is what he sees as a competitive fire, but what came across on video as — well, not that — I mean, I’m no expert on what gets elite athletes to where they are, but I do feel like a good percentage of them don’t do stuff like that on the regular.

The reporter did, in fact, point out that lots of people feel pressure at their regular jobs and implied that those people manage to, you know, not destroy their company’s wall art or whatever. I’ve personally never worked at a Bank of America, so I can’t personally speak to the atmosphere there, but I imagine acting like that at a BoA office would probably result in a talk with HR at the very least.