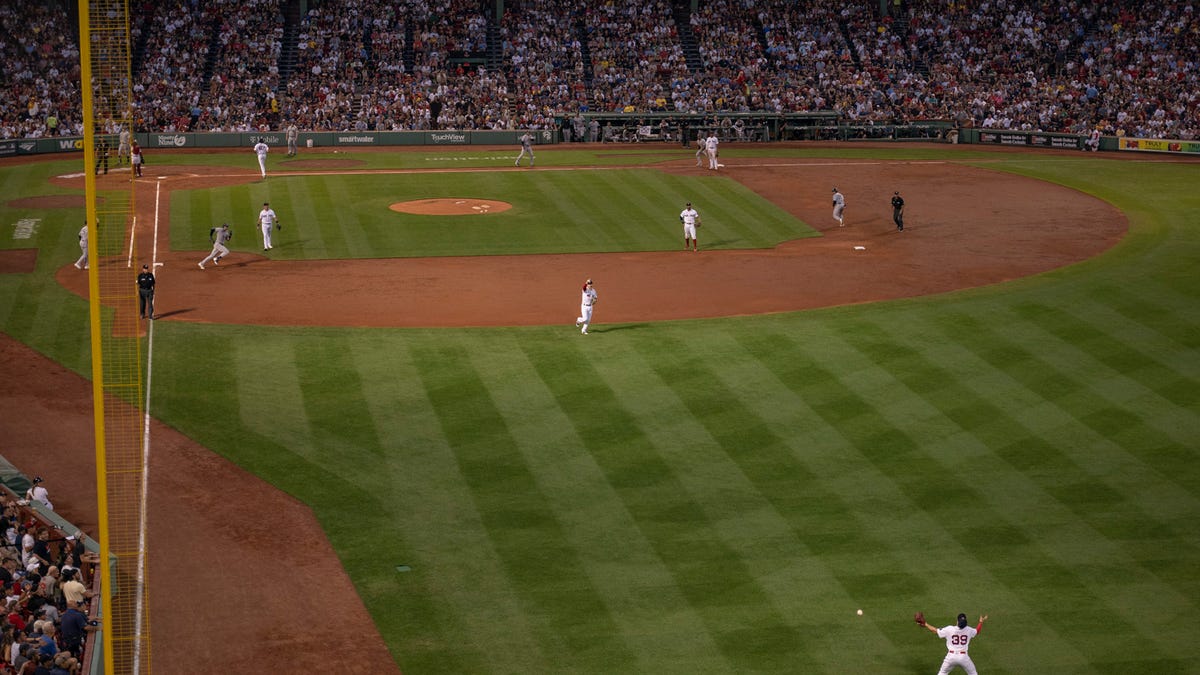 Missed it by that much.Photo: Getty Images

Christian Arroyo had a blooper-reel-worthy moment Friday night as the Red Sox outfielder lost a Joey Gallo fly ball in the lights of Fenway Park in what turned out to be a 12-5 loss to the Yankees, who continue to roll through the AL East. That error (and the rest of the game, really) contributed to the Yankees extending their division lead to an insane 15.5 games

With two runners on in the third inning, Gallo hit a fly ball into right field — by all accounts, a ball that should have been a guaranteed catch for Arroyo (MLB Statcast gave it a 1 percent chance of being a hit). That is, until the ball got lost in the lights. Arroyo panicked, signaling frantically with wide arms and wider eyes that he couldn’t see where it had gone, gesturing wildly as he searched the air.

It bounced on the ground yards behind him as he raced after it. Both runners on base scored, but Arroyo’s quick throw stopped Gallo from getting the inside-the-park home run that he was going for.

Arroyo is relatively new to the outfield, having spent the majority of his career at second or third base.

Another twist in the story is that Gallo — a three true outcomes player — has only racked up TWO sac flies in his entire career after having been in the major leagues since 2015. This would have been his third, had the ball not been lost in the blinding lights. That’s just an insane stat — is there some kind of reverse curse he’s had put on him?

And, as to be expected, Twitter has jumped on this already. They never miss an opportunity, do they?

The Red Sox fell to 45-39, good for third in the AL East, while the Yankees improved to an MLB-best 61-23 record. The teams are halfway through a four-game series in Boston, and the Yankees have claimed the first two.