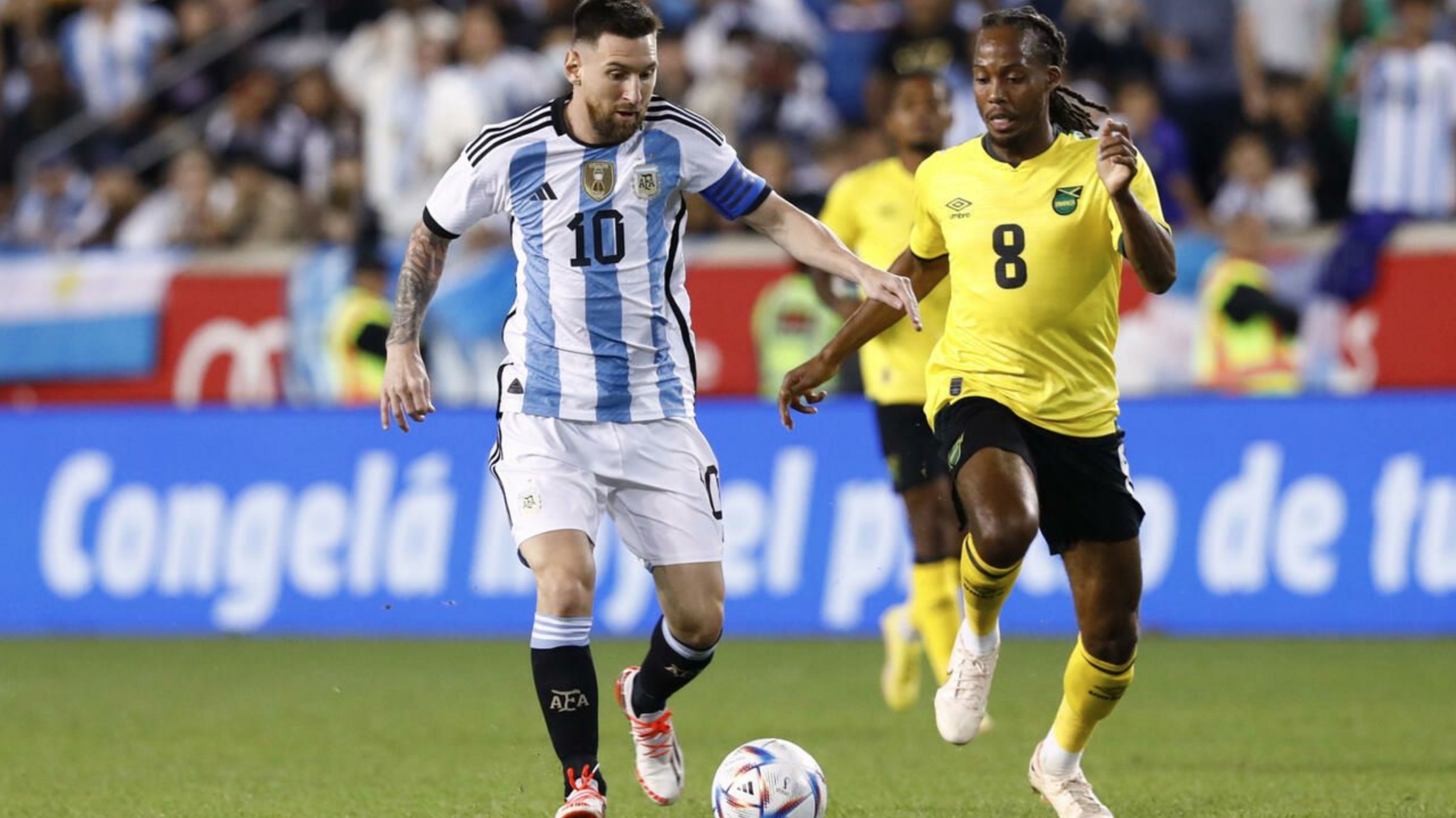 Surrounded by a cloud of speculation, rumours, and Jamaica Football Federation (JFF) drama, Reggae Boyz captain and goalkeeper Andre Blake led his team into a match against Argentina, dubbed by some as a battle of David and Goliath.

Following its announcement in August, Jamaica’s Reggae Boyz’ New Jersey international friendly against Argentina’s Albicelestes was quickly engulfed by rising anticipation. After recently acquiring his new post, Icelander Heimir Hallgrimsson’s first test as the Boyz’s head coach would be to guide them to, if not a victory, at least a respectable loss to the Argentines on Tuesday. With Blake recently stating, “New head coach with the same administration probably equal the same results,” there are some who wondered how different tonight’s match would be from the Boyz’ last meeting with the Argentines at the Copa America in 2015 when they were defeated 1-0.

The match started poorly for Jamaica, with Bobby De Cordova-Reid earning the evening’s first foul in the 3rd minute and attacking midfielder Ravel Morrison earning a yellow card for a bad foul in the 10th. Argentina took the lead quickly in the first half, with center-forward Julián Alvarez scoring his team’s first goal in the 13th minute. Centre-forward Shamar Nicholson’s header from the centre of the box failed to secure a goal for the Boyz in stoppage time, and they ended the first half trailing by a goal to nil.

Both sides began the second half with no initial adjustments to their lineup, but that quickly changed, with Lionel Messi replacing Lautaro Martínez in the 56th. Messi consistently pressed for a goal, with Blake saving his attempts in the 69th and 84th minutes. Following the removal of a patron from the field, the Boyz’ Amari’i Bell and Michail Antonio pressed for a goal in the 67th minute but came up empty.

With four minutes left in the second half, Jamaica searched for an opportunity to score their first goal, but it was Messi who would secure his first goal of the night in the 86th minute. The winger would claim his second in the 89th minute from a free kick to the…