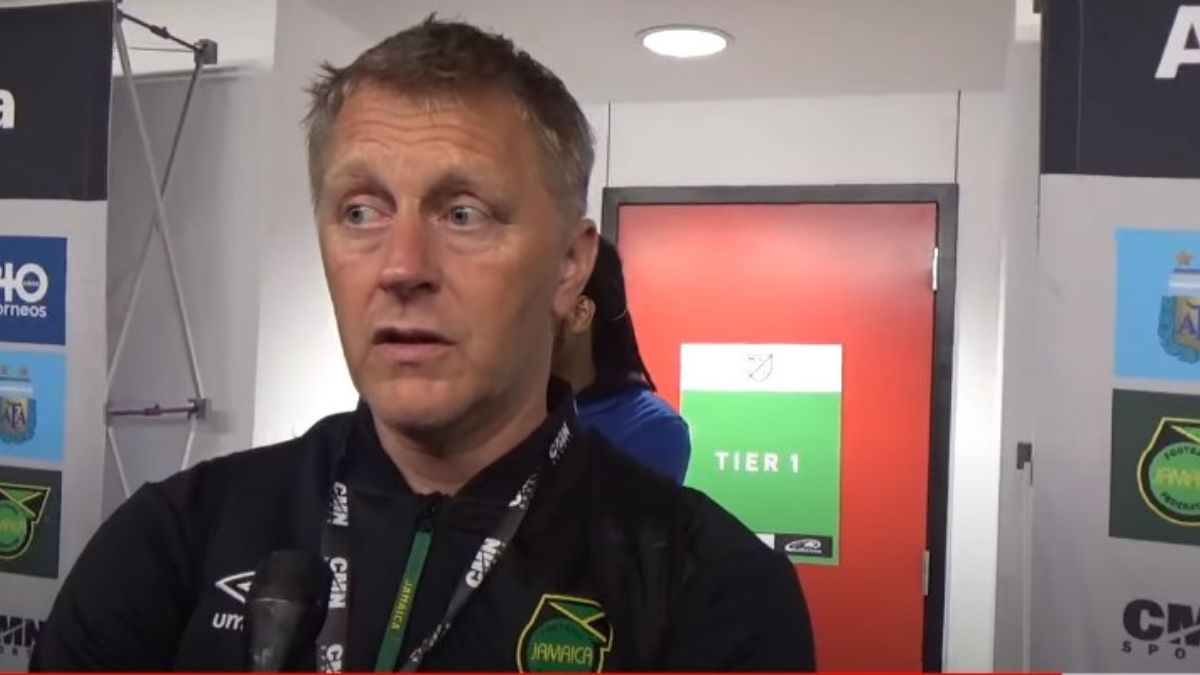 Following their 3-0 loss to Argentina during Tuesday’s international friendly in New Jersey, Leon Bailey and new head coach Heimir Hallgrimsson spoke briefly to the press about the state of the Reggae Boyz and their future.

After his recent appointment as head coach, Hallgrimsson was forced to a limited allotted time for training with the Boyz but said that he was happy with the commitment of the players as they attempted to do what he asked of them.

Hallgrimsson expressed that he was not pleased with the massive 3-0 defeat to the Argentines and that the team had wasted some good chances, but explained that it was understandable as the Boyz were using the two-striker system for the first time without previously training together. He added that in moving forward, they would need to improve their connection in the attacking third and affirmed that they were trying to learn as they implement a new way of thinking and playing.

Speaking on the Reggae Boyz’ upcoming friendly with Cameroon in November, head coach Hallgrimsson expressed his hopes for a longer preparation time with the players as they continue to build on what they started.

Furthermore, Reggae Boyz winger Leon Bailey shared that Hallgrimsson has a clear plan for what he wants the team to achieve moving forward. Bailey, who also plays for Premier League club Aston Villa, expressed that the Boyz are trying to build something new and will have to stay united as they attempt to change the state that they were previously in.

Watch Bailey and Hallgrimsson’s interviews below.