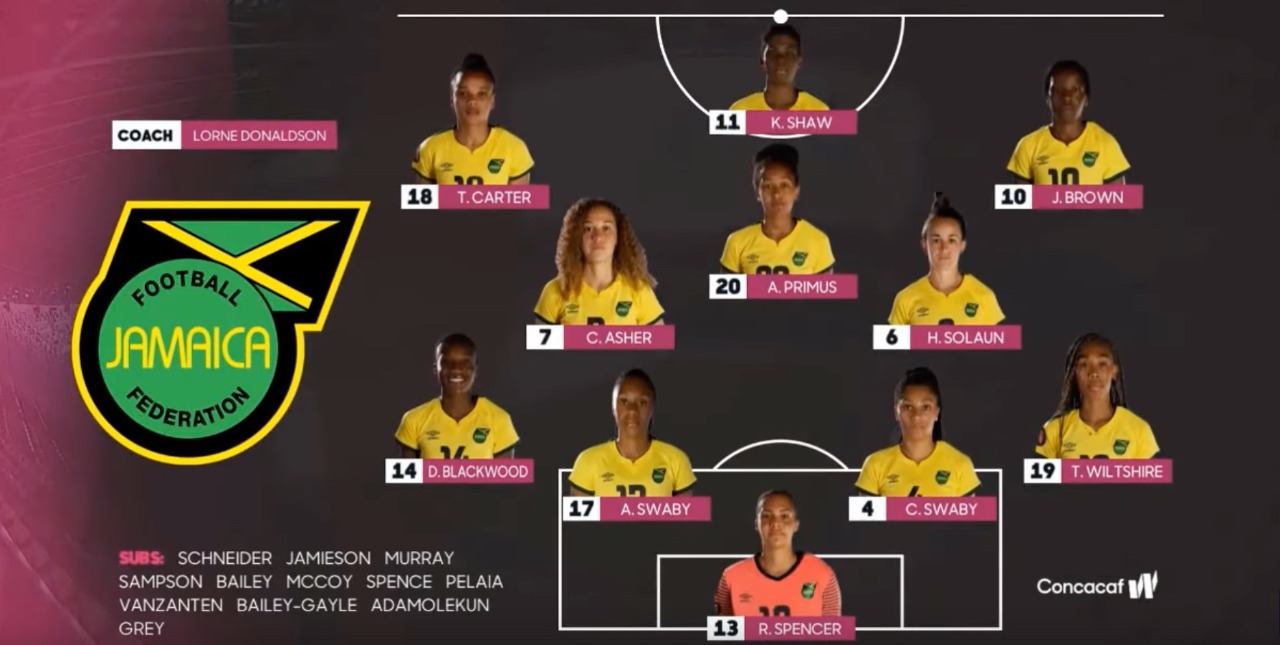 Reggae Girlz Lose 5-0 To The US – YARDHYPE

The Jamaica Reggae Girlz accomplished the difficult task of kicking off a tournament against a host nation after defeating Mexico 1-0 on Monday, thanks to a stunning header by Khadija Shaw, who captains the team.

However, unfortunately, Shaw was not able to lead her team to another victory in their second game of the 2022 CONCACAF Championship against the US.

Before tonight’s game, Reggae Girlz coach Lorne Donaldson while speaking about the upcoming match said, “We have to match what they have and try to exploit their weaknesses.” and it would appear that the US entered the game with just that in mind. The four-time CONCACAF winners and reigning World Cup champions took advantage of the space provided by the Girlz and dictated both the first and second half, dominating both defence and offence.

The US team set the tone early on in the game, with forward Sophia Smith scoring in the 5th and 8th minutes with assists from defenders Noami Girma and Sofia Huerta. Girma and Huerta worked expertly together throughout the game, the former Stanford teammates pressing Shaw hard and preventing her from getting into the box.

The Reggae Girlz were unable to rebound in the Second Half of the match, with the US gaining three more goals. The third from Rose Lovelle in the 58th, the fourth from a penalty given to Margaret Purce and executed by Kristie Mewis in the 82nd, and the fifth made by Trinity Rodman ending the game at 5-0.

The Reggae Girlz’ next match will be with Haiti on Monday.

Watch the match highlights below.

RELATED: Reggae Girlz to Play 2 Int’l Friendlies in the USA