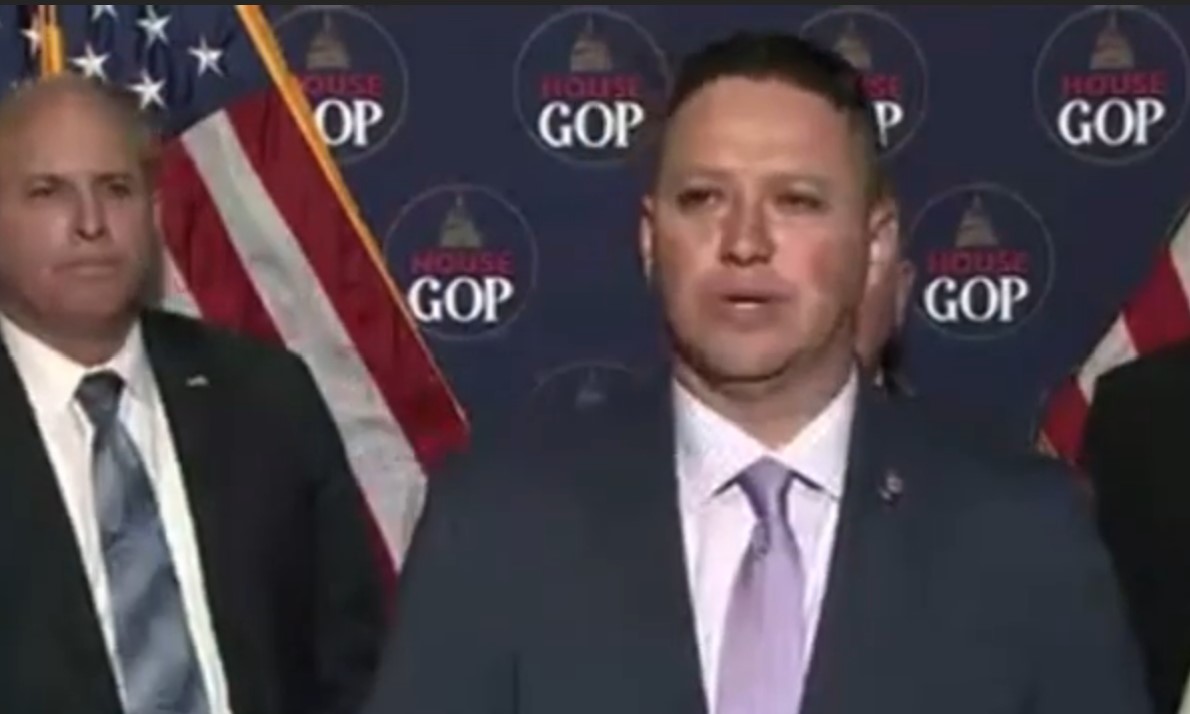 Rep. Tony Gonzales Who Had 14 School Kids Killed In His District Sends Prayers After Voting Against Gun Bills

Posted By: adminon: May 24, 2022In: PoliticsNo Comments
Print Email

Rep. Tony Gonzales sent prayers after 14 kids were shot and killed at school in his district after the congressman voted against gun legislation.

Gonzales tweeted after the shooting:

My heart breaks for the city of Uvalde. Pray for our families.

“Children are a gift from the Lord; they are a reward from him.” “Jesus said, ‘Let the little children come to me, and do not hinder them, for the kingdom of heaven belongs to such as these.”

Previously, Gonzales bragged on Twitter about voting against gun bills:

Tony Gonzales is their US House Rep. pic.twitter.com/TuYn0u18pB

Gonzales’s second-biggest donor is a PAC that opposes gun legislation.

When 14 children are murdered in his district in a mass shooting, Rep. Gonzales is suddenly all about prayers, but when those checks come rolling in from the PAC, he spends the rest of his time putting children in his district at risk.

The problem is that Republicans like Gonzales have been able to get away with thoughts and prayers while waiting for the national outrage over mass shootings to blow over.

What needs to change is that the American people must understand that Republicans like Gonzales are voting to make schools less safe and put kids at risk.

The money that Gonzales took from the gun PAC has the blood of 14 children and one teacher on it.

If Americans want the mass shootings to stop, they need to elect candidates who will do something about it.

Democrats are literally begging Republicans to help them end the needless death.

The truth is that the families that lost loved ones in his district don’t need Rep. Gonzales’s prayers. Those families need a congressman who will keep their kids safe.