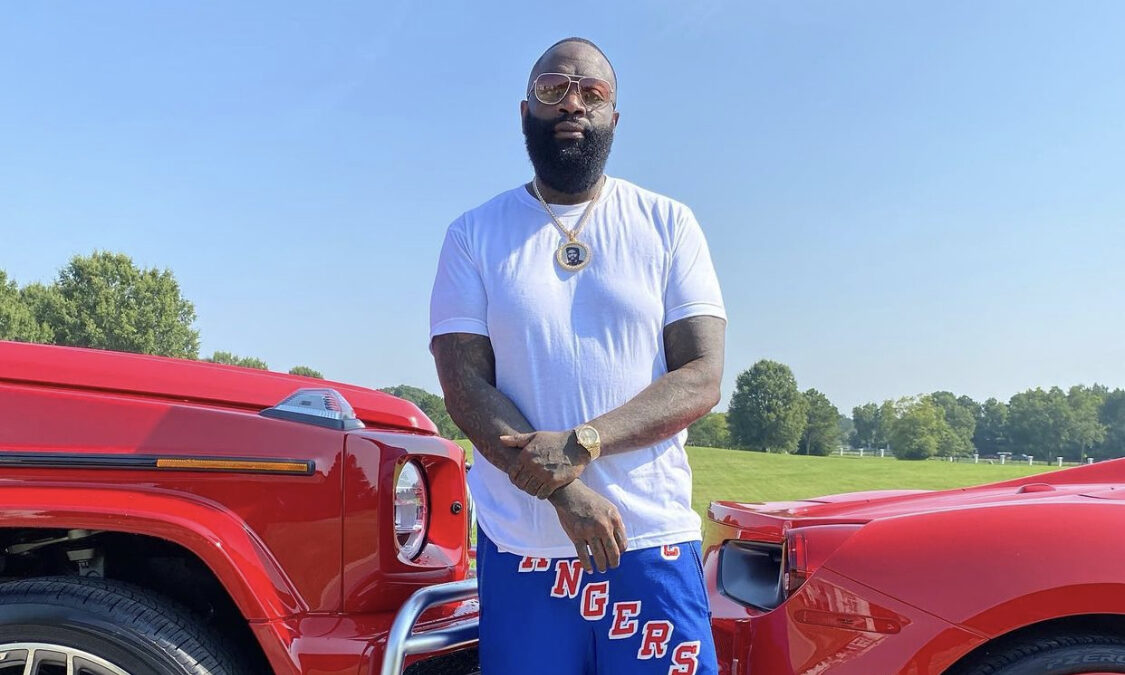 Rick Ross has good reason to pop bottles after announcing that he is a grandfather.

The “Port of Miami” rapper shared the celebratory news that his daughter Toie Ashanti had given birth. In a video posted to his IG Story, the “Gucci Grandpa” uncorks a bottle of Belaire Bleu champagne and proceeds to pour it from a balcony while in London. He is heard saying, “I gotta bust this ’cause you know why…I’m now a grandfather!”

Rick Ross and his daughter Toie at her baby shower Photo: T4ysav/Instagram

In May, the eldest of Ross’ four children celebrated the impending birth of her first child with a whimsical- themed baby shower. The decor included green bush-like arches, intentionally placed foliage and flowers, a cake adorned with cascading butterflies and blue cocktails that may have been a gender clue.

Neither Ross nor Toie has publicly confirmed whether the newest addition to the family is a boy or girl. Online, fans offered up congratulatory messages. Some also made mention of how spoiled the child may be with Ross as its grandfather.

“Baby bout to be 3 and a half months old eating mild wings from wing stop,” joked one person. Ross is a franchise owner with more than two dozen WingStop locations in his portfolio. Last year the rapper-entrepreneur wowed fans when he gifted his son, William L. Roberts III, a WingStop for his 16th birthday.

“That kid hit the genetic lottery,” said one. Another comment included, “Generational wealth…something our world not really use to..congratulations boss.”

“This n—a finna build an amusement park on the property now,” wrote another. “Why not! Michael Jackson built one on his land [laughing emoji’,” commented a person in response.

Ross’ lavish spending has turned heads in the last few years. On social, he has shown off his fleet of classic cars, farm animals and exotic animals he plans to keep at the zoo planned for his property.

It’s likely that whatever ways the Miami native plans to shower his grandchild he’ll have both the financial means and space to make it happen. Ross’ property, located…