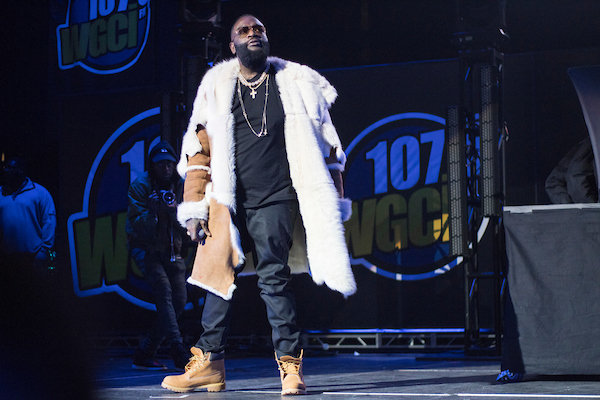 Rick Ross dropped off Richer Than I Ever Been in December 2021, but is already ready to pop out two new releases. Speaking with Hot New Hip Hop, the Biggest Boss stated the two albums will be announced soon, but he is done with his Epic Records deal.

“I got huge offers on the table right now. Huge huge offers. Conversation with Def Jam. Everybody,” Ross shared. “Everybody wants to be in business with Ricky Rozay. They know when Ricky Rozay wants to make music, I make the best music. When I want huge collaborations it’s easy. I don’t even gotta text n****s. I can have my homies DM a n***a.”

In addition to the music moves, Rozay is also primed to take over your TV screens According to theJasmineBRAND reports Rozay is headed to BET for a new non-scripted show.

Ross previously teased a show, stating, ““I’ma go ahead and do me a show. The time is now. It’s going to be about wealth, based on success.”

He added, “We actually filming right now, but I hope y’all are ready for it ’cause I’ma talk some big numbers.”

You can read the full HNHH cover story below.