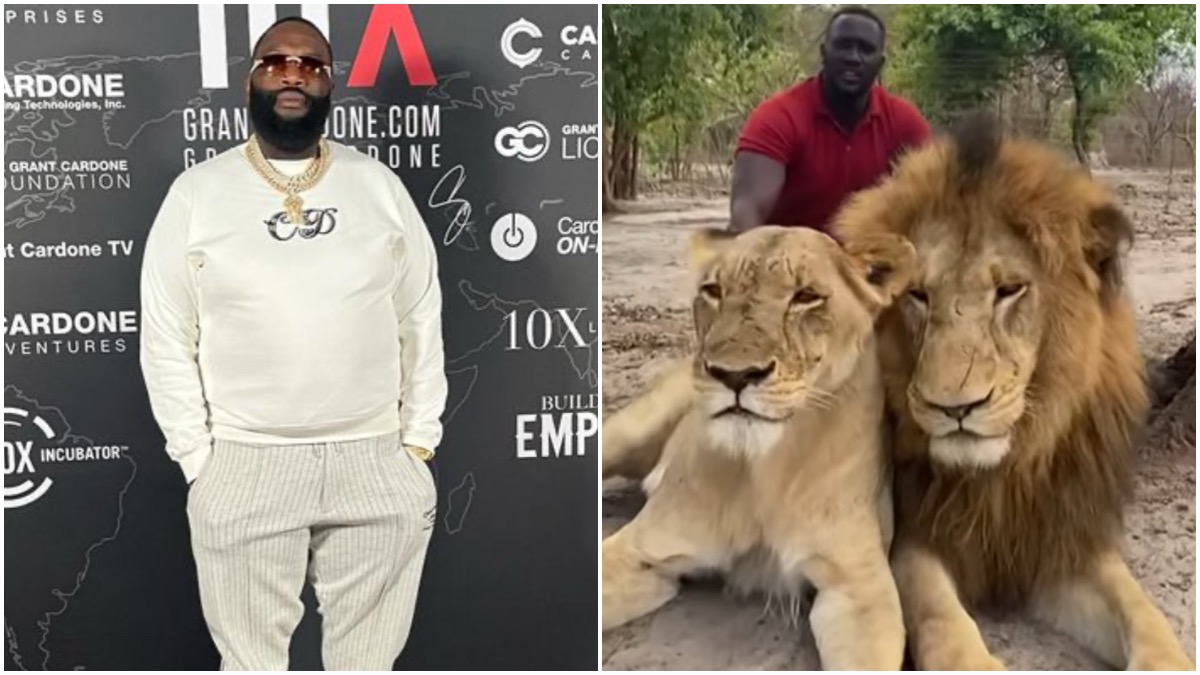 For months, Rozay has been steadily populating a portion of his more than 200-acre plot of land with cows, buffalos, and soon, a lion and lioness. The “Diced Pineapples” rapper shared videos of his exotic cats along with their handler in Senegal, Africa, with his Instagram followers on May 26.

Rick Ross plans to add a lion and lioness to his Promise Land Zoo. Photos: Richforever/Instagram

“My pet cats ready to come home. #ThePromiseLandZoo,” read his caption. Reactions to the animals were aplenty.

“Imma need a ticket to the promise land zoo for a cruise! #africatogeorgia I love it!! Zebra next?” wrote one social media user reacting to the footage.

“Bout to eat up all your food Unc even one of your horses fina be outta there. They will be the last two standing,” commented a second person.

Another person joked that “Tiger King” antagonist “Carole Baskin gone be at your front door.”

“You on your mike jack lets goooo,” wrote another making reference to exotic animals once housed at Michael Jackson’s Neverland Ranch.

The collection of wildlife is far from the most impressive feature at the estate. Rozay’s palatial mansion boasts 45,000 square feet and served as the backdrop for palace scenes of the 2021 film release “Coming 2 America.” The rapper also managed to squeeze in a cameo in the film.

“That entrance foyer with the big two-story interior and double-winding staircase was perfect,” explained the film’s production designer, Jefferson Sage. “Off of that, there were two beautiful big rooms with giant windows and 18-foot ceilings. We used five key spaces that we turned into Zamunda.”

The estate, which is located in Fayetteville, Georgia, within metropolitan Atlanta, previously was owned by boxing great Evander Holyfield. The Maybach Music Group founder purchased the home over a decade ago. Built in 1994, the home has a whopping…