BREAKING NEWS
GMT-4 02:24
Home Technology Right to repair in New York is about to become much easier 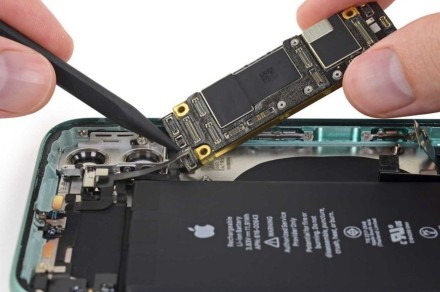 New York has passed the first “right to repair” bill in the United States, bringing everyone in the state one step closer to fixing their electronic devices without breaking the bank. Under the new bill, dubbed the Digital Fair Repair Act, manufacturers selling “digital electronic products” within New York will be required to make parts, tools, software, and repair manuals available to both consumers and independent repair shops. The state legislature passed the ruling 145-1 on Friday, June 3.

Leading self-repair company iFixit, one of the most vocal right to repair advocates, celebrated the passing of the Digital Fair Repair Act. In a blog post, the company called the measure “one giant leap for repairkind,” saying that manufacturers not only have to pack the self-repair tools into the electronic devices they sell, but they would also have to compete with independent repair shops instead of referring them to repair shops carrying manufacturers’ seal of approval.

“The passage of this bill means that repairs should become less expensive and more comprehensive: People who want to fix their own stuff can. And your repair experience should improve even if you’re intimidated by the thought of cracking open your laptop or phone,” iFixit co-founder Kyle Wiens said. “Where before, manufacturers could push consumers to use manufacturer-authorized shops, now they’ll have to compete. Independent repair shops are often able to do repairs the manufacturer told a customer were impossible.”

It’s important to note that this is the first right-to-repair bill in the country focused specifically on electronics. However, it doesn’t cover everything. The bill’s language mentions only phones, computers, tablets, and gaming systems like the Steam Deck — leaving out home appliances, medical devices, police radios, and automobiles. Furthermore, the Digital Fair Repair Act also isn’t the first bill of its kind to ever exist. Massachusetts passed a similar bill covering only automobiles, and California is working on another one that covers things beyond electronics.