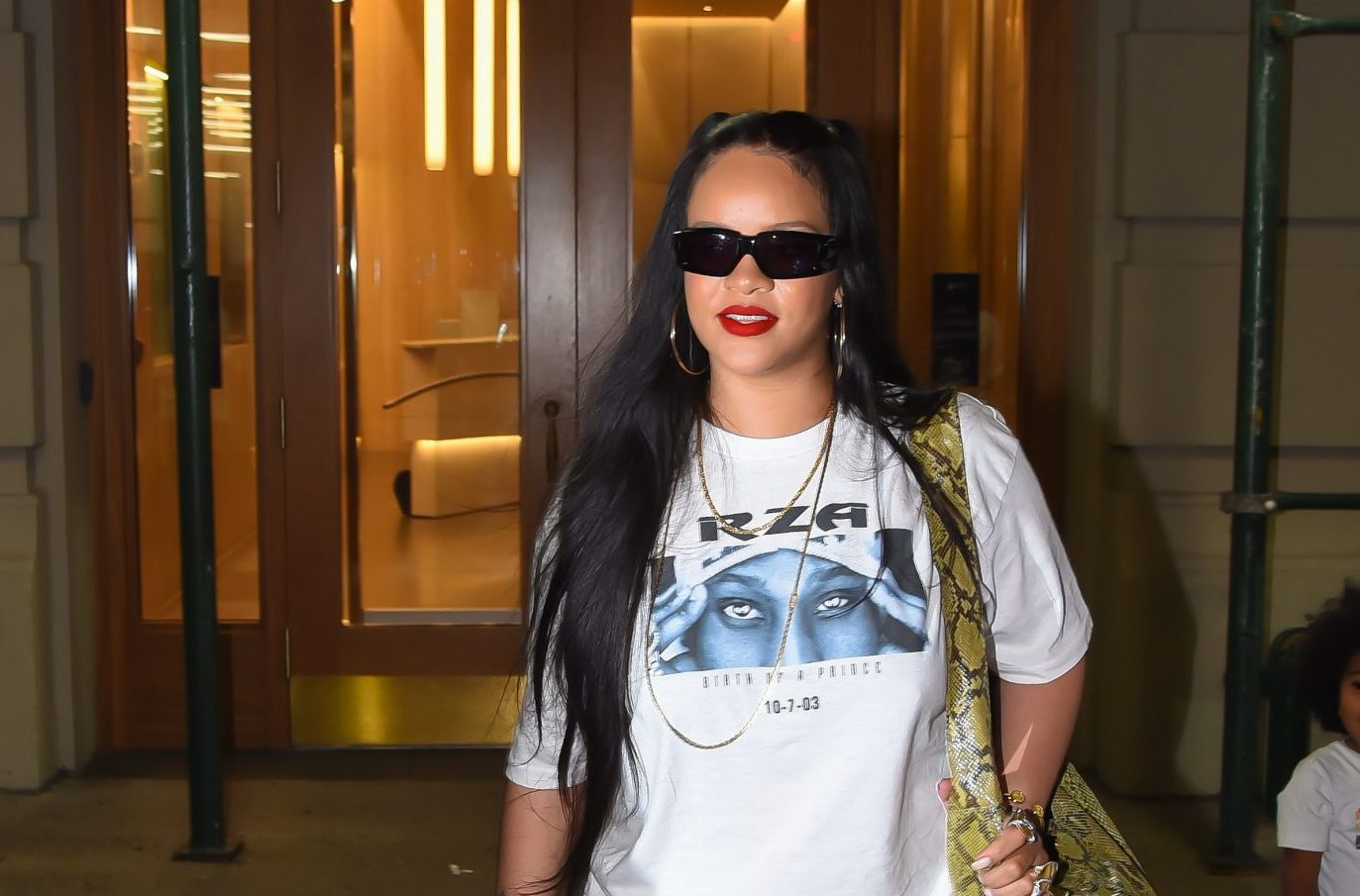 Could it be that the Rihanna music drought is over? Well, fans online hope so after Rihanna posted an NFL-branded photo on Sunday (September 25). The image shows the singer’s tattooed wrist holding a football against a white background. Her caption was just a period…because it’s Rih, so PERIOD!

WE MADE IT THROUGH THE RIHANNA DROUGHT

Earlier in the day, reports began circling that RiRi was in talks to headline the Super Bowl LVII Halftime show.

By the end of the day, the NFL, Roc Nation, and Apple Music confirmed Rihanna’s return to the stage! Football season’s biggest game is scheduled for Glendale, Arizona, on February 12, per Variety. Keep scrolling to see what each had to say about Rihanna bringing her talents to the halftime show.

Falling in line with their headliner, the NFL changed their Instagram and Twitter bios to highlight Rihanna—her last name and beauty empire’s name.

The marketing team tapped in and switched out one of the words in its licensed acronym (NFL). And that’s how Football became Fenty. The NFL’s head of music, Seth Dudowsky, also shared the league’s excitement in a statement.

“We are thrilled to welcome Rihanna to the Apple Music Super Bowl Halftime Show stage. Rihanna is a once-in-a-generation artist who has been a cultural force throughout her career,” Seth said. “We look forward to collaborating with Rihanna, Roc Nation, and Apple Music to bring fans another historic Halftime Show performance.”

Apple Music will be sponsoring the halftime show for the first time. Last week, the NFL announced that the music platform would take over longtime show partner Pepsi. Apple’s Vice president of Apple Music and Beats released a statement on Rihanna’s booking.