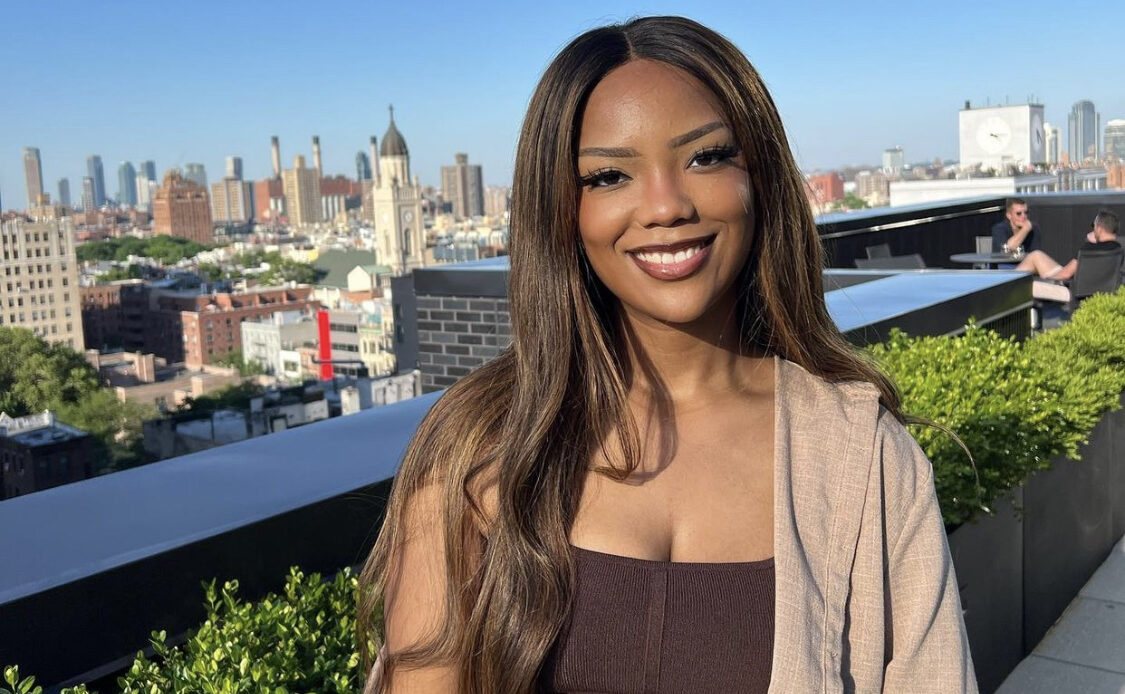 Riley Burruss recently opened up about the effects of particular photography poses after being met with pregnancy rumors. This comes immediately following the 20-year-old’s upload of a now-deleted Instagram Story image.

In the referenced photo, Burruss, who wore a black dress, was seen standing in front of a mirror and gently cradling her stomach as she smiled at the camera. As the pic circulated online and pregnancy rumors arose, Burruss decided to address those allegations by revealing the reason she looked like she was expecting.

Riley Burruss denies being pregnant after a recent photo of her posing without sucking in her stomach goes viral. Photo:@rileyburruss/TikTok

In a TikTok post shared on Aug. 29, Burruss was seen using a Wendy Williams voiceover track to respond to the video’s caption: “me after seeing everyone ask if I’m pregnant.” The clip begins with an unidentified person saying, “is there a ch–” before being cut off.

While rolling her eyes, Burruss then mouths the words, “don’t ask.” As the unnamed person tries to ask the question, “Is there a chance?” Burruss ends the video by saying, “No! Girl.”

In addition to the video, the college student shared the unflattering photo stemmed from her not sucking in her belly.

Burruss wrote in the caption, “You don’t suck in for one photo & all of a sudden you’re 3 months along…” As Burruss’ upload made its rounds on social media blog sites, many expressed that people assumed she was pregnant because of her hand placement and pose.

“I think she is holding her stomach because that’s how she is used to taking pictures. People who’ve lost a lot of weight still feel big at times so they hide their stomach with their hands in pictures.”

“Well to the people’s defense … it’s the pose.”

“I understand naturally woman get bloated but I think it’s just the hand placement that’s throwing people off.”

“It was the hand placement sis.”

“Girl huh? People are just asking based on…