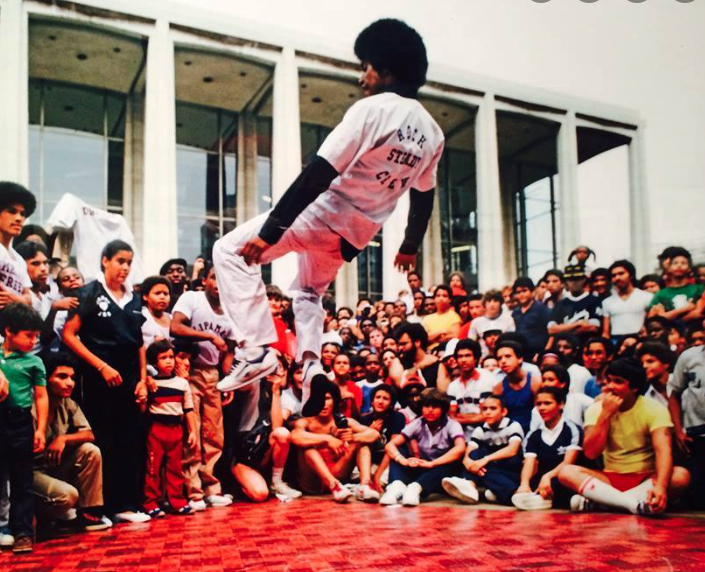 On this date in 1981, the epic part two of the South Bronx’s Rock Steady Crew vs. Brooklyn’s Dynamic Rockers breaking battle in Lincoln Center took place. What makes this face off so historic is that neither crew had hometown advantage with the meet up for the battle taking place in Money Making Manhattan.

According to RSC legend and co-founder Crazy Legs, “It was the first time Hip Hop had set foot on Lincoln Center for any kind of performance. After battling in Queens on their turf, Rock Steady was set to perform at Lincoln Center. I decided to set up with Henry Chalfant a part two of the original battle. I felt that being on neutral ground, there would be a better and more fair crowd response. With the first battle being a tie(based on the crowd), we felt that it had to be done right. Needless to say, it was a smoke show and we overwhemingly had the voice of the crowd on our side. In now way am I bragging(maybe a little), but I’m just keeping the record straight and on point.”

See the footage from the epic battle starting at the two minute mark in the video below.