BREAKING NEWS
GMT-4 01:33
Home Technology Roller Champions is not shutting down, despite rumors 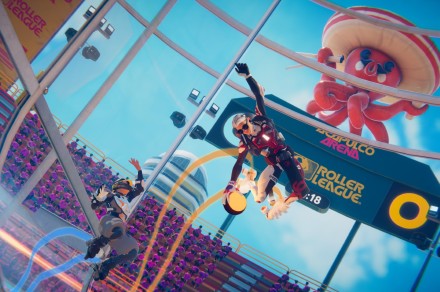 Roller Champions is not shutting down, despite rumors

It’s been a couple of months since Roller Champions skated onto consoles following a three-year delay, and players are worried the game might shut down after rumors circulated that Ubisoft would do so at the end of Season 3. Now, the French game publisher has spoken up and said it’s still rolling on.

Rumors of the free-to-play roller derby game’s cancellation started after Giant Bomb journalist Jeff Grubb appeared on the Xbox Era podcast on Saturday and read a message from an unknown source off his phone saying that Roller Champions “is gonna be canceled after Season 3.” Ubisoft tweeted a statement Monday in response to that rumor, reassuring fans that it’s not canceling a live-service game that’s only been out for a short period of time.

“Let’s clear it out of the way … Roller Champions isn’t getting cancelled, and Ubisoft fully supports it,” the company said. “What the Roller Champions dev team is doing is making sure we focus on what our players have told us needs improvement, and that supersedes all other priorities.”

Hello Champions! Let’s clear it out of the way first, Roller Champions isn’t getting cancelled, and Ubisoft fully supports it.

You can rest assured we’ll keep you updated as we roll forward.

Ubisoft clarified that it is tweaking Roller Champions based on the feedback players gave it during the first several weeks after the game’s release. In order to do so, it will be extending the Disco Fever, the theme of Season 1, to buy enough time for the dev team to put in a patch that allows for cross-invites — the process of a player using one console (i.e. PS5) inviting a player on another console (i.e. Nintendo Switch) for a play session on a cross-play supported game — and to address the issues that players found to be a nuisance.

While Roller Champions isn’t shutting down, there was precedent for a move like that. Ubisoft previously shut down its free-to-play battle royale game Hyper Scape after a short lifespan. It seems that Roller Champions…