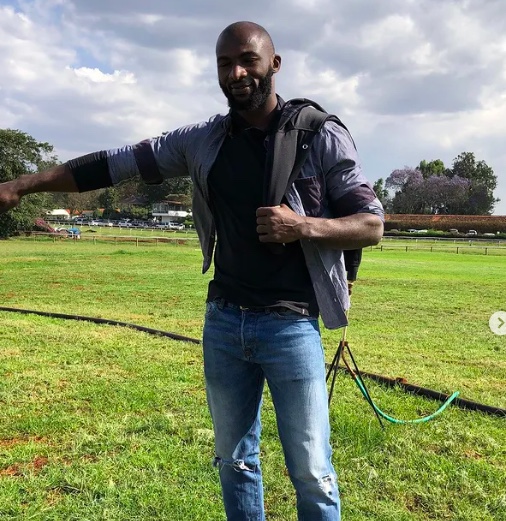 “Float on, float on!” Kenyan rugby star and food content creator Dennis Ombachi garnered a mixture of opinion online after he shared videos tossing his children into a pool. Proud of his little one’s swimming accomplishments, he wrote, “Four weeks since we started water safety classes and my son graduated today, officially WATER SAFE! Last class he get to go in with four layers of clothing including two diapers, more than doubling his weight in water. Proud father.”

In an additional post, he shared a video of his daughter swimming, writing, “Graduating as well was our 8-month-old daughter, officially the only one who can’t swim in here.” The videos which gained over 1 million views on Twitter had folks talking about his approach. One tweeted, “Ombachi’s kids will go to the Olympics for something. Combined nature & nurture. His father is an athlete plus he has created the environment to learn & try new things. To grow. Perfect combination.”

Another tweeted about how hard he flung the children in the water, “Now he ain’t have to throw that baby like that.” No matter what you think of the approach his children knowing how to swim is a good thing. According to the Centers for Disease Control and Prevention’s (CDC) website, children ages 1–4 die from drowning than any other cause of death except birth defects.

For children ages 1–14, drowning is the second leading cause of unintentional injury death after motor vehicle crashes. In addition every year in the United States there are an estimated 3,960 fatal unintentional drownings, including boating-related drowning—that is an average of 11 drowning deaths per day.

Roommates, do you think more parents should enroll their children in swim lessons?